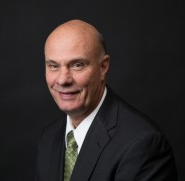 Lance Larkin was born in Salt Lake City, the son of Max S. and Bettye McClure Larkin. He attended Salt Lake public schools, graduating from East High School in 1974. In the summer of 1972 Lance began working in his family’s mortuary business. At that time the business consisted of one funeral home. He continued to work for the family while he was enrolled in the University of Utah College of Business, graduating in 1980.

He currently serves as President/CEO of the Larkin group of companies. He is the youngest of the fourth generation of Larkins who have worked in the business. Under his guidance, today the business consists of four companies.

1. Larkin Mortuary, the parent company, consists of four funeral homes and a crematory.
2. Larkin Memorial Corporation, consists of two cemeteries and two mausoleums.
3. Rocky Mountain Monument & Vault Co., manufactures concrete burial vaults and granite headstones.
4. The Rose Shop, Inc., is a full-service florist and nursery with its own greenhouses, where over 250 weddings a year are hosted.

Lance has served on the Board of Directors and as President of Selected Independent Funeral Homes of America. He currently serves on the boards of This Is The Place State Park, and the Bell Canyon Irrigation Company. Lance is married to Becky McKay, and they have two daughters, a son and six grandchildren. Lance enjoys golfing, running, mountain biking and gardening.