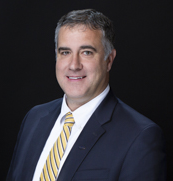 Steve was born in Bellevue, WA in 1976, raised in Dunwoody, GA; and then relocated to Salt Lake City, UT in 1998. He received his Graduate Certificate in Finance from Westminster College in 2006, his Masters of Business Administration from Westminster College in 2005, a Bachelors of Science in Finance from the University of Utah in 2001, and began his studies at Florida State University in 1995.

His career with Larkin began back in 1998 as a cemetery employee at the Larkin Sunset Lawn Cemetery. Over the next 8 years, his responsibilities grew to include operating funeral services, overseeing evening viewings, administration duties in the back office, fleet manager and then cemetery sexton at Larkin Sunset Lawn Cemetery overseeing all of the interments and landscaping responsibilities. In 2005, after receiving his MBA, he was hired to work for a regional convenience store operator, Maverik Inc., as their senior financial analyst. In 2007, he returned to Larkin. His initial responsibilities were that of Controller for the companies. He currently serves as CFO and Treasurer and oversees all accounting, finance, human resources and marketing functions for Larkin Mortuaries & Cemeteries, as well as the other subsidiary companies. He also chairs the Larkin Charity Golf Classic every August that benefits a local non-profit in the Salt Lake City market.

He is in his tenth year of serving as the Public Relations Committee Chairman for the Utah Hospice and Palliative Care Organization. He also serves as a member of the Advisory Board for Caring Connections, A Hope and Comfort in Grief program administered through the University of Utah’s School of Nursing. Steve is an avid reader and enjoys keeping current on all of the latest news and trends. He has a love for the games of both basketball and beach volleyball. He currently resides in Bountiful, UT where he is happily married to Emily Crandall and they have 3 sons and a daughter.