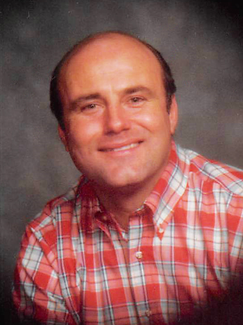 Brent Roland Green, age 75, passed away at home on November 10, 2022 in Sandy, Utah. He was born in Salt Lake City, Utah to Jack Beumont and Aileen Bench Green on November 8, 1947. He has three siblings Diane, Steve and Sharlene.

Brent graduated from Skyline High School. He was a member of the Church of Jesus Christ of Latter-day Saints and after graduation he proudly served his mission in the Great Northwestern States. Later he graduated from Dixie College and Utah State University with a Bachelor of Science Degree in education, health and drivers’ education.

Married Karen Pendleton in the Salt Lake Temple on June 2, 1976.

He was the fifth generation Mason specializing in brick restoration and was an independent mason contractor for over 40 years.

Preceded in death by parents Jack and Aileen; and brother Steve.

Friends may call upon the family during a viewing that will be held on Friday, November 18th from 10:00 to 11:45 AM, followed by a funeral service at 12:00 PM at the Sandy Utah Crescent Stake Center, 10945 South 1700 East, Sandy. Interment to follow services at Larkin Sunset Gardens, 1950 E. Dimple Dell Rd. (10600 S.), Sandy. For those wishing to virtually attend funeral services please click on the following link https://us02web.zoom.us/j/88361074266?pwd=QnJCeFd6dzIwRm5YNEwvRHgybTNWQT09

What a beautiful tribute to Uncle Brent. I’m so glad I was able to attend is service. Lots of love during this heartbreaking time for his children, wife and so many more.

My deepest condolences to the entire Green family.