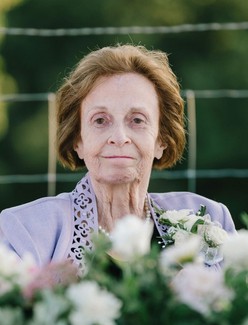 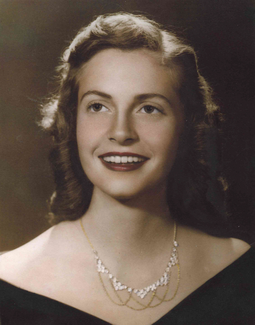 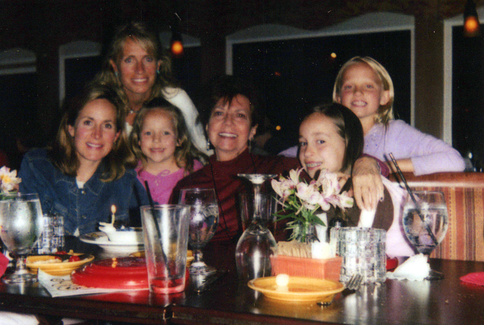 Our wise and witty mother, Connie Renee Shipp Christensen, passed away peacefully on November 4, 2022, at age 86, surrounded by her family. Known by her grandchildren and many who loved her as “Nonnie,” her passing leaves an enormous hole in our lives. But precious qualities of her character remain with us as beacons. Connie was intellectually curious, generous with time, forgiveness and solicitude, and resolute in responding to challenges and setbacks gracefully, with tenacity, courage and hope. Throughout her long and interesting life, she distinguished herself as an educator, friend, mother, and grandmother.

Connie was born in Elsinore, Utah on May 7, 1936, the daughter of Clifford Austin Shipp and Lillie Anderton Hunt Shipp. She spent her childhood in Joseph, Utah and her high school days in Richfield. She believed there was no place more nurturing to a child than under the hot-blue skies, the shimmering silver maples, and the positive influence of caring ward members in a small Southern Utah town. One of her happiest childhood
memories was hearing that World War II had finally ended, because it meant that her three elder brothers would soon be coming home—one as a highly decorated pilot—to their two little sisters and their recently widowed mother.

Connie earned her B.A. degree from the University of Utah and then taught English in Sacramento and at Olympus High School. During summers, she worked as a hostess at the Bureau of Information on Temple Square and at the Beehive House where, in 1961, she took the first official tours through the newly restored home of Brigham Young.

She married Jan Royden Christensen on April 4, 1963, in the Manti Temple. They were subsequently divorced in 1994 but remained close partners in grandparenting until Jan’s death in 2008.

Following an extended hiatus spent raising her three children through early childhood, Mom took a job teaching English literature at Brighton High School where she spent the next 30 years, including more than 20 of the most fulfilling years of her life teaching Advanced Placement English. She earned an M.A. in Educational Psychology at the University of Utah in 1989. Connie loved her students, and they often achieved some of the highest AP English exam pass rates in the country.

In her retirement, Mom read to her grandchildren, sketched with them, and attended their events whenever she could. As they grew, she delighted in hearing their thoughts and the details of their lives. Mom was a great conversationalist who always had something interesting to say, and her passion for the humanities was infectious. Her philosophy was that we should never allow our happiness to depend on factors beyond our control. She leaves behind a legacy of integrity, resilience, and self-sacrifice.

Friends and family are invited to join us for the viewing at 10:00 a.m. on Friday, November 18, 2022, and for the funeral immediately following at noon in the Parley’s First Ward at 2350 So. 2100 East, Salt Lake City, Utah. Interment is at Larkin Sunset Lawn. For those unable to attend, services will be streamed via Zoom. Please click on the "Watch Services" link above. A free Zoom account is required to view.

So sorry for the loss of such a wonderful person who was full of love, caring and acceptance. I cherish the times I was able to be with her.

I had the privilege of working with Connie in the 1980’s when a few of our kids attended Bonneville Elementary. I was the PTA President and she was the Community Council President. We became good friends and had many good conversations. I learned a lot from her. She was a very intelligent person who loved to learn and loved to teach. She was an exceptional teacher and her students loved her and they excelled. They were lucky to have her. She was a wonderful mother and such a good person.
I am out of town and unable to attend her funeral. I hope all of the wonderful memories you have shared with her will help sustain you at this difficult time. My love and condolences to your family.
Love, Marilyn Rasmussen

Your mother was so lovely and we were blessed to know her. It was always a delight to talk to her when she was in Oregon and we happened to see her. Our thoughts, prayers and love to all of her amazing family.

Miss Shipp was my high school English teacher at Olympus. She is one of the few teachers that I really remember. (I even remembered her middle name Renee.) I adored her and her spunk and no-nonsense approach to teaching. As a 17-year old, she made a big impression of beauty and talent with her charm. I can almost still hear her calling my name in class with that wry smile. I learned to love English and enjoyed reading her list of books; she introduced me to Lost Horizon, which became a favorite. Don't laugh, but at that time, I was in love with Lanz dresses, and Miss Shipp had five. She wore one each day of the week on her darling figure; what could be more memorable? She was a positive influence on many young women, and more likely young men.
I became a teacher myself, specializing in Language Arts, no doubt she was an influence. I even remember running into her years later at some seminar and introduced myself. I am certain she blessed the lives of all of your family and many of her students. Happy Memories!

She was my favorite English teacher. It was at Brightron High School in 1985. Love and condolences to all her loved ones.

I had so much anxiety about writing through almost every year of school. I would literally have nightmares about writing essays. I’ll never forget being floored seeing a 5 on my English AP test and it was entirely because of her. That was back in 2001. She set me up for confident writing for the rest of my life. All of her students are so lucky to have had her as an educator. Wishing your family peace as your grieve.

Connie was my Honor’s English teacher in 1884-85 at Brighton High School. I credit her fully with my ability to write. She was a phenomenal teacher who dedicated countless extra hours to her craft. She would read our papers, mark them thoroughly, and insist we re-write them until they were perfect. She was funny, wise and encouraging. Thank you Connie for all you taught me.

Your Mom as an amazing lady, and we are sending you all our love❤️
Lisa & Ed