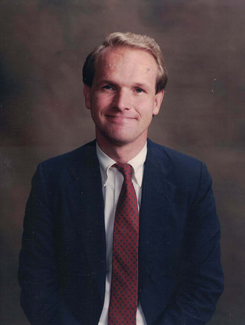 Don Welch Marsh was born to Mearle C. and Virginia Welch Marsh on the 11th of January 1948, in Ogden, Utah. He was the first of eight children. Don enjoyed many fun times and ballgames in his early youth with “the Marsh boys” in Rose Park.

It was Don’s kindergarten teacher who noticed his unusual rhythm abilities and encouraged his parents to get him a drum to play, thus setting off a remarkable life for Don as a professional musician. Among his many accomplishments were these: From 1964-66 he was the featured soloist or outstanding musician at seven different music camps, one of which was the Interlochen National Music Camp Don attended on scholarship where he performed with the touring concert band and the World Youth Symphony Orchestra. In 1966 he was awarded a Ford Foundation Study Grant to the Hampton Institute and was co-winner of the best jazz instrumentalist award of the Utah High Schools. Don was percussionist and timpanist with the Utah Youth Symphony between 1960-66; he was head percussionist and timpanist for the Mormon Youth Symphony and Chorus for 30 years. Another notable achievement for Don came in competition at the Kennedy Center for the Performing Arts in Washington D.C. where he was judged the outstanding jazz percussionist of America in 1972. Don played the vibraphone, marimba, and xylophone. He soloed with the Young Artists Music Festival in 1973 and with the Utah Valley Symphony. He attended the University of Utah where he received the Comstock Clayton Music Award and the Hubbel Foundation Award from the music department.

Don served a 2 ½ year mission for the Church of Jesus Christ of Latter-Day Saints in the Southern Far East Mission from 1967-69. He was first assigned to Hong Kong, but after riots occurred there, he was transferred to Japan, thus having the opportunity to learn two languages (!) Along with his other missionary responsibilities, Don wrote the history of the Japanese mission, “The Light of the Sun,” and toured and sang with “The Mormon Four”. He enjoyed serving in the Dai Ichi Branch after he returned home.

Besides his percussionist accomplishments, Don completed song texts for “An Evening with David Kennedy,” at the Assembly Hall on Temple Square and has accompanied and had his lyrics performed by the Mormon Tabernacle Choir. Five of his works premiered on Temple Square. Don wrote the words to over fifty Easter and Christmas carols with the music written by Bob Bowden, Jay E. Welch, and Don’s brother, Mearle C. Marsh.

Don was an avid lifelong learner, studying anything and everything and making copious notes on it all. He was a student of the scriptures. He wrote poetry. He enjoyed family history.

Don passed away peacefully in his sleep on November 7th, 2022 in Taylorsville, Utah.

Those wishing to view the COMPLETED services via Zoom can click on "Watch Services" or follow the link: https://us02web.zoom.us/rec/share/Kc1xQlqPqSjuIgjWHMZG6XnORMKQSizuosszCeh6CYPf19IcqCR3vtjzsC654yNG.ib_l08BsP_-0ZQzU?startTime=1668288806000

We are so sad we don't have him at the Eighth Ward. Second Ward, and Ninth Branch. He set color to the neighborhood. He's gone ahead. I'll reach you later Don "The Mon" Marsh Be at peace forever.

I am so very sorry for the loss of our Don...yes, he belonged to all of us. Don was and still is brilliant, he leaves good feelings to those whom were so fortunate as to have known him. He was always smiling, always positive, forever helping the needy. I was fortunate to know Don and he always left me with sence of belonging. He wanted me to take food home because he knew I was not rich. Yet I was rich, knowing Don. He praised me more than I felt deserving of...but Don always wanted to lift others up. I will miss Don's positive side, but I can see him smiling and cheering up all the angels in Heaven, beyond mortal words. You gave me hope, you gave me the reason to follow your example because you were so happy all the time. You were a real gentleman too, Sometimes I had a hard time waiting for you to open my car door...when you started doing that, I was quite impressed for I experienced a royal treatment like no other. I wonder if they have Cars in Heaven for you to open... Love you and missing you dear.

Dear Family, I'm so sorry I won't be able to be with you to reminisce, cry, and celebrate Don's life. I love his obituary and the photos Patra sent to Pam. I'm so sorry for our loss and I'm crying and rejoicing for Don here in Colorado. I love each of you, and miss you all.
Love, Gaylene

Don will be greatly missed. A good kind man who often visited and helped my Mom.

Don was a bundle of optimism with a love for his Savior and the Restored Gospel with his endearing smile and jovial laugh despite the challenges in his life. He will always be my dear special friend. His musicianship during our years in Mormon Youth Symphony and Chorus were without peer. God gave Don a special gift and sensitivity for the beautiful world around him which many of us do not possess. He would amaze me with his Gospel knowledge and curiosity and love for scholars such as Hugh Nibley. I rarely saw Don without an interesting book or two and an engaging conversation. The Lord won't be able to do his work if he sits down with Don who will talk to him for hours. I look forward to that as well. I assure you that Don is not resting but busily seeking out friends he can embrace and assist. He is one of our Father in Heaven's special gifts and I will truly miss him.

Our deepest sympathy to the whole family, Don was an outstanding and caring individual with a great faith. He will be sorely missed. Fun memories of him, especially during his last trip in Paris with his Mom. Music, poetry, he was very sensitive, and we will miss his talents too. It must be a happy reunion beyond the veil with all his loved ones. You will continue to be a great missionary Don, no doubt. Lots of love

- Domi and Carolynne from France

Don was always so fun to visit with.
He had a larger than life personality.
He was such a very talented man.
What a great reunion he was able
to have with his parents & brothers.
Thanks for the memories, Don.
You will be missed.

How do you say good-bye to someone who was and is the other half of your brain/life for many. many. many years? How can we sail the seas of knowledge or sing the songs of joy that comes from sharing in it? How long has it been since we worked together in service?

The answers are all heartbreaking. I will miss this good man in my life as I am sure all who knew and loved him will. It would be easy to allow sorrow to overwhelm us, but Don would invariably remind us that this is only a temporary separation.

To all the family and friends, I send my heartfelt condolences and love. We will all miss him.

Fortunately, we all KNOW death is only a temporary separation.

HERE'S TO OUR NEXT MEETING, GOOD BROTHER!!!

Our brother has graduated. He lived and loved passionately both the Lord and his friends.