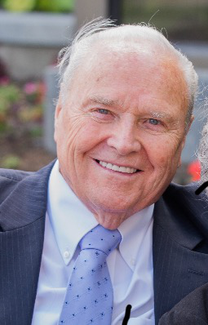 James Douglas Alvey, 84, of Clearfield Utah, devoted father, loving husband, adored grandfather and great-grandfather, moved on to his next big adventure on Thursday November 10, 2022. He passed peacefully surrounded by his family.

It’s difficult to put into words just how much this man meant to us. He had a huge heart and truly loved his family. Interestingly enough, you only had to meet him once to become a part of that family. He loved to laugh and was always willing to share a joke. He also had a catch phrase for any situation.

Jim was born in Escalante, Utah on July 31, 1938 to Charles Howard Alvey and Scytha Solena Barney. He was the 4th of 7 children. He grew up mostly in Holladay, Utah surrounded by his parents and six siblings. He was the prankster in the family who could always get the best of his brothers and sisters. He once put a sign out in front of his house with the words “25 cents to see Jim” just to get a reaction from his older brother Barney. Jim attended school in Holladay and Graduated from Olympus High School in 1956.

Jim married the love of his life Judith Annette Robison on September 26, 1958 in the Salt Lake Temple. They were burdened or blessed (depending on how you see it) with 6 children. As their children grew, they went on many great adventures, which basically meant moving to wherever the next big construction project was located. They lived in 22 different locations throughout their marriage and found lifelong friends with each move.

Jim Loved Nature and spending time outdoors. He loved to hunt, fish, hike and camp. He spent many hours with his family camping in the Uintah Mountains. He was a master at cooking over a campfire. He made it all look so easy and fun that it wasn’t until his children were grown and had to do it on their own that they realize how hard it was and how he made it look easy and fun.

Jim was a Carpenter by trade and served as a Superintendent of Construction on many notable construction projects. Some of those include, the Weber State Institute of Religion, The Irvine California Stake Center (the largest ever built at the time which housed 8 wards) The Uintah Basin Medical Center in Roosevelt, Utah, the Bottle Hollow Resort in Fort Duchesne, Utah, and other churches and schools in Utah and California.

His favorite job that he loved to tell stories about was the opportunity he had in the early 1960’s to work on the refurbishment and improvements to the Temple and other structures on Temple square in Salt Lake City, Utah. He could talk for hours about the different projects such as building stairs between the ceiling and roof of the Tabernacle, placing a time capsule in the base of the Christus Statue, and causing an earthquake (or so he thought) by ripping a mural as he was removing it from a wall in the tabernacle.

Jim loved his Savior and served in the Church of Jesus Christ of Latter-Day Saints his entire life. He served as a counselor in the Bishopric, on the High Council, as a Gospel Doctrine Teacher and many other positions. However, the positions he seemed to enjoy and shine most in were with the Youth. He loved to be with them and was always looking for an opportunity at any activity to make a little mischief by starting a water fight. When he served as Young Men’s President, he liked to tell people that he was having an affair with the Young Women’s President. (Judy was serving in that position at the time)

After retiring, Jim and Judy served a mission for the Church in Elbasan Albania. They served for 23 months and learned to love the people of Albania.

Funeral Services will be held on Saturday November 19, 2022 at 10:00 a.m. at the West Park Ward, 315 Chelemes Way, Clearfield, Utah. Friends may visit with the family on Friday evening from 6 to 8 p.m. at the Larkin Sunset Garden’s Mortuary 1950 E 10600 S, Sandy, Utah and Saturday from 9:00 to 9:45 a.m. at the church before the services. To attend virtually, click the "watch services" button above. A Zoom account is required to access the service.

Judy we were shocked when we heard about Jim from Sister Kinghorn. We love you two & what fun we had in Albania. Our prayers are with you in this new chapter of your life. Let us know if you come down to St. George so we can get together. Love you both, Richard & Linda Kirkham

I loved coming to your apartment in Elbasan for dinner and FHE. Elder Alvey always made me laugh with his bad dad jokes. He had a way of making you feel loved and special, like I was one his own kids.

You are all in our thoughts and prayers. We love you! ❤️
Mike and Allyson Jacobs

What a marvelous man, husband, friend, neighbor Jim has been. Hay certainly blessed my life immensely. He was so kind to build our deck and build the nearest looking shed in our backyard and build a new garage for us to turn the whole garage into a great family room for our kids in high school to have gatherings. His smile not only filled the room but it filled the whole house. I just keep thinking of the word marvelous about how both Jim and Judy treated everyone and what wonderful blessings you were and are to us in our lives. God bless you Judy and all of your children and grandchildren

Dear Judy, we are so sorry for your loss. What a character that sweet man was. A joker for sure. I’m sure this is such a sad time for your family. You both mean so much to us. Our love and prayers are with you.

We are so very sorry to hear of Jim's passing. He was such a good man. We pray the family may be comforted knowing he has returned to his creator. May his memory bring joy to the family and those who knew him.

Thanks for letting me be your Brother! Love and miss you. Please tell all those we love Hi, and we love them. MAKE IT A GREAT DAY111111

Mike and I are sorry to hear about Jim's passing. We loved working with him and with Judy.
I am sure he is stilling loving the reunion. Condolences to the family,
Mike and Diane Carter

I'm sorry to hear of your husband's passing. I will always have fond memories of the many years living next door to you, your parents and the rest of your family. My most cherished memory is being visited by James and Jeff to make parachutes for them when you came to see your parents. Heaven has gained a great man.

What great memories we have of Jim when he crossed through our lives when he lived in Roosevelt, Utah. Those memories include family outings, camping, cooking around the campfire, singing, fun and games and pranks. He was my parents age but he never failed to include me as a friend and for me he was a great mentor. How blessed we all are to have known him and his family. Our prayers are with you.

My condolences to all the Alvey’s, and to all the rest of us who will miss Jim’s smile, hearty greeting, and welcome presence. Since getting the news of our combined loss, my mind has carried me back thru seventy-five years of shared times. I am so lucky to have had this friendship. Thank you, Judy, for keeping me in your contact list. You will always be in mine.
Sincerely, Barbara Jensen