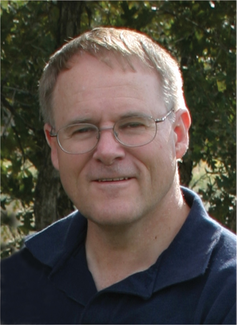 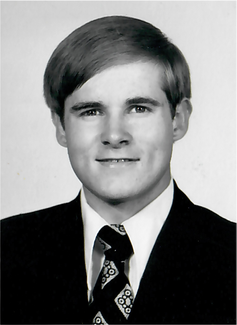 On Thursday, November 17, 2022, our beloved Norman was released from his long battle with cancer, surrounded by family. Norman Sackett was born on July 18, 1955 to Bill and Beth Sackett in Salt Lake City Utah. He enjoyed the company of his one brother and three sisters. It was within his family that he learned to love animals and nature and to work hard to achieve his goals, all traits he would carry throughout his life.

After graduating from Cottonwood High School in 1973, Norm served a faithful two year mission in Sydney, Australia for the Church of Jesus Christ of Latter-Day Saints. He came away with a strong love of the people and even stronger testimony, always longing to go back and visit the area again. Upon his return, Norm attended the University of Utah for a term and then LDS Business College. He continued to get an AS Manufacturing Engineering Technology Degree from SLCC. It was in the year of 1976 when Norm met the love of his life, Rose Bendixen, and after a short courtship they were sealed in the Salt Lake temple on November 3, 1977.

After moving to Magna and working for the Denver & Rio Grande Railroad, the Sacketts welcomed their first son, Loren into the world. Soon after Andrew, Joseph and Nathan followed quickly for a full house. Nine years later they welcomed a girl, Camilla. Norm enjoyed spending time with all his children.

He worked 25 years for the Welfare Square Cannery as a foreman and then Frito Lay as a maintenance mechanic until he took medical retirement in 2017. He learned many skills and it was said that there wasn’t anything he couldn’t fix. He used these skills and talents to help his family and others. Norm served faithfully in the church as Scout Master, Elders Quorum President and High Priest Group leader among other callings. After 20 years of raising the family in Magna, Norm and Rose moved to Herriman, Utah. Upon retirement they served together in the Oquirrh Mountain temple. They thoroughly enjoyed supporting their family and grandchildren in their events and holidays.

Although Norm struggled with many bouts of cancer, his determination to be active in hiking, traveling, and wood working kept him going. Surviving different rounds of chemo and trials made his amazing positive attitude and quick wit with a teasing tone even stronger and eased the burdens of all around him. The support and love of his doting wife, Rose was his greatest joy and service as the two of them rejoiced and forged ahead in life. Norm will always be missed for his kindness, positivity, and mechanical ability. He is survived by the love of his life, Rose, their children; sons Loren (Melanie) Sackett, Andrew (Rachel) Sackett, Joseph (Jamie) Sackett, Nathan (Samantha) Sackett, and daughter Camilla (Jared) England, six grandchildren and many nieces and nephews, his sisters, Diane (Ted) Stephens, Evelyn Neece, and Bonnie Abraham.

For those unable to attend, services will be streamed via Zoom. Please click on the "Watch Services" link above. A free Zoom account is required to view.

I will always remember Norman attempting to teach me Chess when a child. I also remember him on stilts as he helped my dad John sheet rock and drywall our house.

My condolences to Rose and the family. My prayers for comfort are with you.

We are so sad to hear of Norm’s passing, Rose. Norm truly brought out the spirit and love we had on the Church History Tour. You and Bonnie are sisters we all need to emulate and were such loving examples of support and love for each other and especially Norm. Prayers and love to you,
Tom & Diane

Norm was a great example to us all. His positive nature and patience through much suffering was inspiring to us. I was friends with Norm for nearly 50 years. We will miss his laughter, his goodness, and his quiet strength as well as his testimony and steadiness in the gospel.

Rose and family: We are so sorry for your loss. We have been blessed to know you and Norm. May you have peace and comfort at this time. We are assured that Norm will be with you eternally.

To Norman wonderful family. It was a joy to get to know Norm while we we’re on The Church History Tour.
The whole family was amazing with the tender care of Norm on this trip.
We are better people for know you all.
Our condolences to you all especially Rose.
We send our love and prayers to you at this sad time.

I am so sorry for your loss and grateful that families are forever. Thanks for all that you guys have done.

What an honor and privilege it was to spend time with all of you on our Church History tour... we send our love, prayers and support to you and yours at this time. Peace be with you friends. . XOXO

Dear Rose and Family: We are so very sorry to hear that Norm passed away. He was always so kind. Our thoughts and prayers are with you. May God bless and comfort you and your family,
Love Joe and Becky

Rose, and family, I'm so glad to hear your husband was finally released from the pain and suffering of cancer. I'm so grateful for all he has done for my grandson and his family. This will be quite a transition period for you, but remember others are here for you and you're definitely not alone. The Lord will bless you as you seek His wisdom and know Norman will continue to watch over your precious family. Thank you for the opportunity to meet both of you in the past. My prayers are with you all.

I am so sorry to hear of Norm’s passing. We enjoyed getting to know Rose, Norm and Bonnie on our Church History Tour. So very glad you all were able to attend. So grateful for our savior and the atonement. We knew Norm is doing good work on the other side of the vail. My thoughts and prayers are with you Rise. You will feel lost for a while but knowing you, you will find plenty to keep you busy. I’ll be thinking of you.

Sending prayers to you and your family!
So glad that we got to meet you through the Church History Tour. That was such a special time. A little peek into Heaven.❤️

Hi Rose,
My heart goes out to you and your family at this time. It was a privilege to have you and Norm on our church history tour and to be able to get to know you a little bit.
Prayers for you and your family and that you find comfort, peace, and joy from your wonderful memories of a valiant man.

Rose, I am so sorry, Norman was a wonderful man and friend to Brent and I. My prayers and heart are with you. I'll not be able to be with you because I'm trying to get over COVID. But all my love is with you and your family.