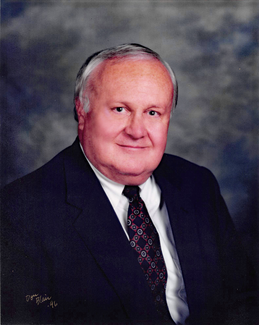 Robert Gordon Woodhead, 86, passed away November 21st at home surrounded by his loving family, whom he cherished. He had a great sense of humor, which lightened and brightened our lives and made us laugh at his quick wit.

Bob was born March 3, 1936, to Roy G. and Winnifred Laurie Woodhead in Ogden, Utah. He grew up in Tremonton and graduated from Bear River High School, where he played all sports but excelled in basketball. He competed for the state championship his senior year and was awarded All State honors. He attended the University of Utah, where he played basketball his freshman year before fulfilling a mission in the North Central States. His mission was where he cemented his testimony of Jesus Christ as his Redeemer and Savior.

After he returned home, he was sealed to Nadine Hall in the Logan Temple. Bob continued his studies at the U of U, while he worked for the Albertsons grocery chain.

Bob served as President of the Salt Lake Retail Grocers Association and later as President of the Utah Retail Grocers Association. He valued his colleagues, the independent grocers of Utah. His favorite part of the business, however, was his association with the many young people he hired and had an influence on their lives. He ended his career working for the state of Utah as Deputy Director of Administrative Services.
One week after retirement, he and Nadine departed on a mission to Hong Kong, where he served as Executive Secretary in the Asia Area Office. They grew to love the Asian countries and people. They also served in the Washington DC North Mission in the Visitor’s Center. On their return home, they were called as ordinance workers in the Draper Temple, as well as a service mission in Sandy.

He is also survived by a brother Tom Woodhead (Lynda), sister Sally Bellis, and sister-in-law Jan Woodhead, as well as brother-in-law, Daryl H. Garn (Shawna) and in-laws, Norma Hall, and Norma and Theo Coombs. He was predeceased by his parents, Roy and Winnifred Woodhead, brother Bill Woodhead, and in-laws, Byron and Hazel Hall, Roland Hall, Jean and Evan Stevenson and Irene Garn.

Uncle Bob; I will miss your ever happy smile, your kindness, and your loving heart. I look forward to seeing on the other side your 3 point shot that Daryl always brags about.

Our sincerest feelings of love and gratitude to our Uncle Bob and Aunt Nadine. They performed an amazing service to our family by helping our parents every week during their free days on their mission to the Washington D.C. visitors center. Whem Mom became paraplegic they requested a mission to the DC area. Every week they visited and bought a home cooked meal and lots of fun visits and love. It was just what Mom and Dad needed duing that very difficult time and was the high point of their week! We will be forever grateful! Lynne, Sharon and Pamela Hall

We send our most tender feelings to all the Woodhead family at this time. They were trusted friends and neighbors during very formative years in our lives. Our mother never had a more loyal friend than Nadine. We always looked to each of you as friends and mentors to our family in so many ways. So many wonderful memories. We know of the strength and testimony of your strong family. Please know our hearts, thoughts and prayers are with you at this time. All our love to you. Kirk, Pat, Darin, Rod, Dave, Mike, Julie, Annie Gardner and family.

Sending love and prayers to your family. Many fond memories the Ninth Ward family

We send our love and prayers of comfort to Nadine and the whole family, may you feel Bob’s spirit near you in the coming days and weeks. We have lived next to Bob and Nadine for 10 years and have been able to have many side yard conversations. Bob always had a smile on his face and was always interested in what our family and children were up to. He always had a happy spirit about him.