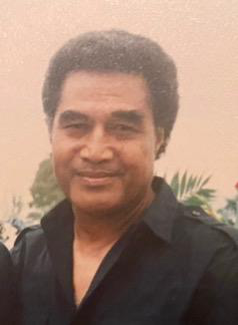 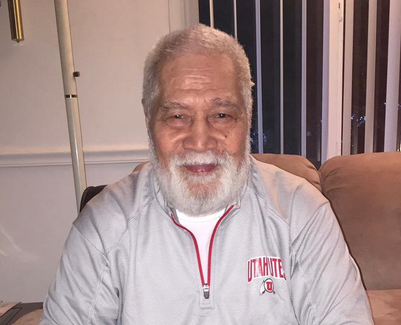 Vaiokema Semisi Olioni Hoko was born in Fahefa, Tonga on February 9, 1938 in the house of his
grandparents, to his mother, Taina Ofa-ki-Uiha of Fahefa, Tongatapu, and father, Sione
Vaiokema, son of Taniela Kinikini and Selita Valu Malupo of Uiha, Haapai. As an infant, he was
adopted by his maternal grandparents, Semisi Olioni Mulikimololo Hoko and Meleseini Latu
Sikei Fangupo Hoko and he took their name, Hoko. He was called Semisi as a boy and in 1962
when he was twenty four he was bestowed the hereditary matapule (talking chief) title ‘Hoko’,
after his older brother Tevita passed unexpectedly who had carried the title. Hoko grew up on
his grandparents’ plantation and inherited the legendary work ethic of the Hoko family who
had a large coconut plantation in Fahefa. His younger years were filled with toil and sacrifice.
He dropped out of school and helped put his younger siblings through school. His grandfather
raised him in a strict Methodist household, preaching hard work and self-sacrifice. But as Hoko
got older he often regretted missing the opportunity to go to school. And though his formal
education was limited, his spiritual wisdom and religious devotion were advanced. Through all
his years he always kept the Sabbath day holy, and would fast each Sunday, honoring and loving
Christ. He eventually was a member of the Church of Jesus Christ of Latter-Day Saints. He was
an obedient, kind, and loving son and grandson, and was ever mindful that the Fifth
Commandment, “Honor thy father and thy Mother,” requires real service and tangible sacrifice.
Throughout his life he sacrificed in many ways, and his legacy and the true measure of his life
was the example he set in deeply, unconditionally, and constantly honoring and loving his
parents, grandparents, and indeed, his entire family. After his grandpa and grandma died, his
only brother Tevita died unexpectedly before his time, and Hoko helped by filling the shoes of
his older brother serving Tevita’s family. He constantly worked for his entire family’s
betterment, migrating to Hawaiʻi where he was a landscaper from the late 1960s to 1990s and
eventually retiring in Salt Lake City, Utah.
He was a quiet strength to many. He very much was “the hidden person of the heart with the
imperishable beauty of a gentle and quiet spirit, which in God's sight is very precious” (1 Peter
3:4). He had so many people bless his life and he blessed so many even when life was hard,
difficult and undeserving. He lived his life to honor his grandparents, parents and serve his
brothers and sisters. He was honorable at the highest level. He always strove to make those he
loved feel his love and know how much he appreciated them. He was always there for his loved
ones and had so much love for his family. He served many, teaching through spiritual gifts of
humility and devotion that characterized him throughout his life. He was the epitome of the
Tongan pillars: Loto too (modesty and humility), Faka’apa’apa (mutual respect), Feveitokai’aki
(sharing, cooperating and fulfillment of mutual obligations) and Tauhi vaha’a (loyalty, care and
commitment). We take comfort that because of this pure love of Christ that Hoko lived, in the
words of the prophet Moroni, “it endureth forever; and whoso is found possessed of it at the
last day, it shall be well with him” (Moroni 7:47). A brother, uncle, father and grandfather to
many, he will be missed by all.
Preceded in death by son Muli Kimololo Hoko, parents, older brother Tevita Hoko, younger
brothers, Taniela Vaiokema Kinikini, Paula Kinikini, Metui Leafala Kinikini and sisters Manu
Siufanga (Sione Vei) Pupua and Litea (Tangi) Naeata. Survived by brothers Sateki “Kini” Kinikini
of Rose Park and sisters Selita Valu (Paul) Tamoua of Taylorsville, Lose Lionaini (Aisake) Tukuafu
of Haateiho, Tonga. Survived also by Sione Siamaka (Molini) Hoko, Soileti (Sione) Moa,
Meleseini Latu (Loni) Maʻama, and many nieces, nephews, grandchildren, grandnieces and
grandnephews whom he loved very, very much.