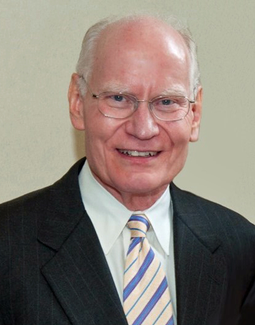 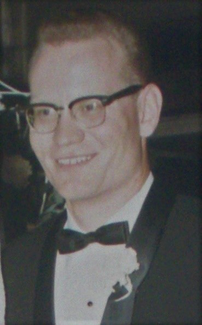 Waldemar (Wallie) Eph Rasmussen died 6 November 2022 at the age of 78 in Salt Lake City where he lived for the past 13 years. Born in Salt Lake City, Utah, on 11 August 1944, the son of Jewell J. Rasmussen and Dorothea LaRue Jensen Rasmussen. Wallie’s roots are pure Danish and he was very proud of his heritage.

Mr. Rasmussen graduated from East High School in 1962 prior to attending the University of Utah where he received a Bachelor of Science degree in Mining Engineering in 1969 and a Juris Doctorate degree in 1972. Upon receiving his law degree, he and his wife, Harriet, moved to Houston, Texas, where he began a career with Humble Oil and Refining Company, which later was integrated into Exxon Mobil Corporation.

During the course of his thirty-seven year career with ExxonMobil, he enjoyed a variety of assignments until retiring in 2009 as Senior Counsel for the Corporation. Early in his career he was associated with obtaining permits for the Trans-Alaska Oil pipeline. He also served as General Counsel for the Colony Shale Oil Project located in Western Colorado. His later career involved representing ExxonMobil Exploration Company throughout the world as well as law matters associated with the development of a natural gas pipeline from the North Slope of Alaska to the Midwest. It was said of him that there may have been better lawyers than he was at Exxon and perhaps lawyers better liked, but there was not a better lawyer who was better liked than he was.

Mr. Rasmussen was a past officer of the Rocky Mountain Mineral Law Foundation and was an Honorary Trustee of the group. He valued greatly his association with the lawyers and landmen who participated in the scholarly analysis of law matters related to natural resource development. He believed in contributing to his profession through participation in the RMMLF as well as the Institute for Energy Law. He was admitted to practice law in the states of Utah, Texas, and Colorado, as well as the Supreme Court of the United States.

Service in The Church of Jesus Christ of Latter-day Saints was an important part of his life. He was a missionary in the Eastern States Mission and was a service missionary with his wife for the temple department, and then individually for over 10 years in natural resource services. He taught seminary, played the piano for Primary, served as a bishop three times as well as in several bishoprics and a stake presidency. His time as a worker in the Denver Colorado, Dallas Texas, Houston Texas, and Salt Lake Temples spanned many years.

Mr. Rasmussen married Harriet Ann Richards in 1967 in the Salt Lake Temple. They were blessed with four children: Kirsten, Karina, John Richards, and Mark Waldemar. His family considered him to be a Renaissance man because he was so well read and had a broad knowledge of many subjects. He completed continuing legal education classes right up until his death.

To view the zoomed service please click on the following link: https://us02web.zoom.us/rec/share/0OKXhwfu6wn1VO6QGNN7QmKLUvcPf5kfjpaQBdRzi1PjJ1lp1qs5LwEKHMSteIQ.0nX2T151jiSrv_fB

So sad to learn of Wallis’s death. He was a kind and gentle brother. Law school was made bearable because Wallis was my friend and mentor. We hope the peace of Christ will be with you and your family in the weeks and months ahead

We are so saddened by your loss. We extend our sincere condolences from our family to yours. We loved Wally and shared many wonderful experiences throughout the years y’all were in Houston. He was an amazing man. We will never forget his smile and laugh. God bless the Rasmussen family and especially you, Harriet.

A true gentleman, a lovely family.

I'm so saddened by Uncle Wallie's death. My thoughts and prayers are with you, Aunt Harriet, and your children and grandchildren. Our last visit with Uncle Wallie was one that my youngest three children, Lee and I will never forget. We were in the Salt Lake Temple, and he was working that day. What a special memory of a very special man. Lots of love to all of you!