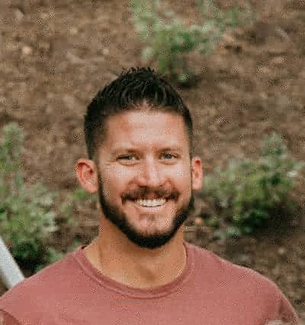 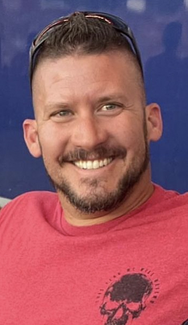 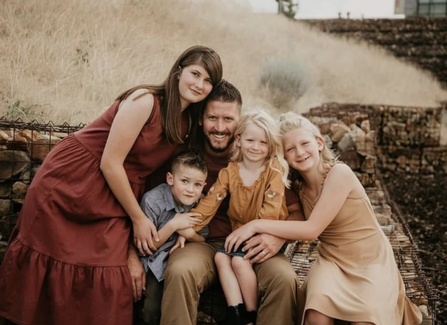 Our courageous warrior leaves behind a heartbroken and grieving family. Alma "Andy" was a proud and loving father, son, brother, husband, nephew, and friend. His smile spoke volumes, his laugh resonates in our ears, and his firm embrace reminds us of his passion. Alma's legacy lives on with four beautiful children, "Gail" - Abigail, "Kait" - Kaitlin, "Jack" - Jackson, and "Liza" - Elizabeth, who will always be the center of his universe. Alma married Sara Mitchell in May 2006 and later divorced.

Alma was born in Sandy, UT to Karen and Richard Worthington, joining three older brothers and one amazing sister. Alma was blessed with three younger brothers, accomplices, or alibis, depending on the circumstances. He was extremely protective of his siblings, "the whole world could have come to pick on us and Alma would have fought them off." He grew up digging in the dirt, playing with siblings and neighbors, paintballing, and leading his friends and siblings on worldly adventures.

Alma's father passed away when he was just 9 years old, and Ronald Brown became a devoted father to the young Worthington family. Alma would eventually work with Ron at Mount Olympus Waters in St. George and thanks to an entrepreneurial spirit, he started his own power-washing company.

Alma served in the Utah Army National Guard since 2008, following in the footsteps of his paternal grandfather who served as a Marine in WWII, his maternal grandfather who served in the Navy in the Korean conflict, and his uncles who also served in the military. Alma was honored when his grandfather and namesake, Alma Jay (USN ret.), could assist in pinning his new rank during a military promotion. Alma served as a medic for his military unit and served with the 85th WMD- Civil Support Team and most recently served with the Utah National Guard 115th Maintenance Company, he loved serving side-by-side with his military family.

Alma deployed to Afghanistan from January 2012 to January 2013 in support of Operation Enduring Freedom, Task Force Pirate. Immediately upon returning home from being deployed he entered a paramedic program at the University of Utah and after 11 months of dedicated study, he took the National Registry Paramedic test and was the only student in his class to pass the practical portion on his first attempt. Alma would later work as a paramedic for Gold Cross Ambulance in Salt Lake City. This experience would serve to guide Alma in his next opportunity when he was admitted to the Utah Valley University Physician Assistant program. Alma was excited to be part of the same graduating class as his brother and to follow in the footsteps of his sister-in-law.

Alma had a gift, a way of making others feel seen and loved. His presence would light up the room. Often lacking a filter, a volume button or both, his spirited personality provided the perfect opportunity for others to come together while enjoying a loud, usually inappropriate, and engaging conversation. The Worthington brothers would like to apologize to our spouses, sister, and mom for the topics and material discussed previously, which will continue in honor of Alma.

Alma's neighbor wrote, "On Nov 20th all of our hearts broke. We lost someone who was so loving to every living thing. Alma had one of the biggest hearts we have seen." As a family, we wholeheartedly agree and grieve with broken hearts at the loss of a genuinely amazing human.

The family would like to express our sincere thanks and appreciation for the thoughts, prayers, and support we have received during these events. We are grateful for the safety of the law-enforcement officers and for their dedication to protecting the community. We would also like to thank the national guard members and others who attempted to redirect Alma last Sunday night. We hope that despite our tragic loss a greater emphasis can be made to support those who struggle with mental health. Thankfully a part of Alma may live on through his tissue donation. We would encourage everyone to take a minute as you visit your family, hug them a little tighter, forgive the little things, and make sure they know how much you love them.

In lieu of flowers, the family would kindly ask for donations to the gofundme that has been established to help with the unexpected expenses that they face at this time by clicking the :in Lieu Of Flowers" link above or by using the following link: https://www.gofundme.com/f/kq9nca-alma-worthington-funeral-costs?qid=2c78d3376e177b060f2c76e6859734c9

Funeral services will be streamed via Zoom for those unable to attend, or wishing to attend virtually. To watch the previously held services click the "Watch Services" link above.

Andy's laughter still rings in my ears. I remember enjoying a special Thanksgiving with your family and the love I felt in your home was remarkable. I am grateful for the time I was able to spend with you all. Andy was full of spunk and fun. He could light up a room. I love the Worthington family. You all are in my prayers. I know that your relationship with Andy will continue. I know that because of Jesus Christ he will be resurrected and your family will be reunited. This life is but a moment. Hold on to the beautiful memories that make you smile. Speak of him often. Share stories with his children often . They will crave hearing stories about their Dad. Give them hugs and kisses often tell them their Dad loves them and is proud of them. They will need to hear that. Sending my love always. Hugs!

We are so sorry for your loss Karen! Our thoughts and prayers are with you at this time. We have such good memories of you and your family when we lived in Sandy. Are we not so glad we have the gospel!! Love to you and yours, The Joneses

I am so saddened by your loss. Breaks my heart to feel your grief at losing a loved one so young. Sorry for the pain he must been feeling. War is such a terrible thing that brings grief in so many ways. Love you Karen and Jay.
Ann and Mark Larsen

My condolences to Alma's family. May he rest in peace and always be remembered as the loving, caring person he was. I'm so glad I had the opportunity to meet and work with him. You all are like family to me.