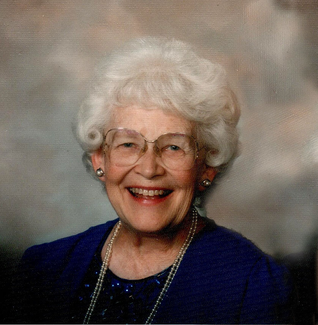 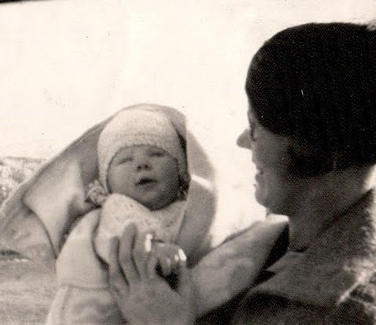 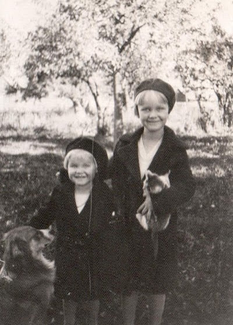 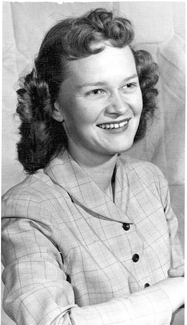 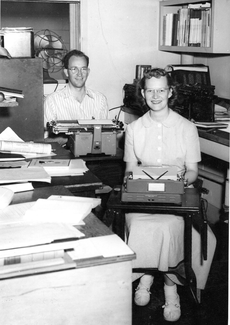 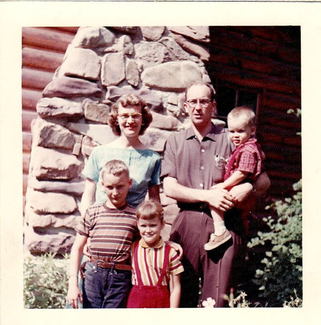 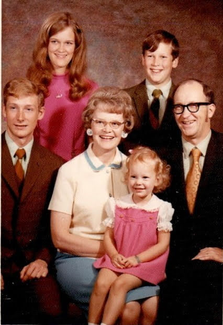 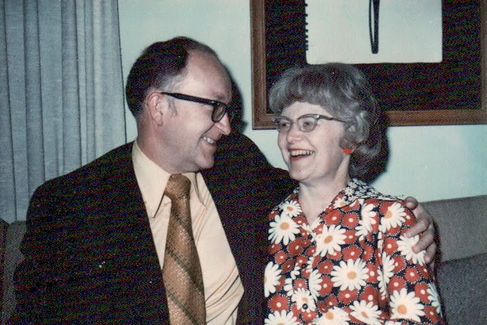 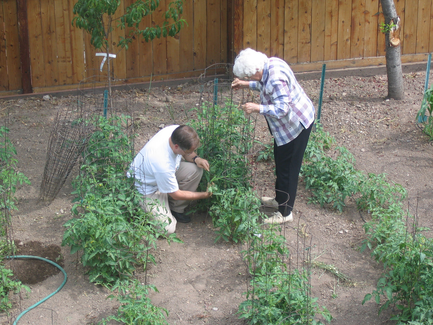 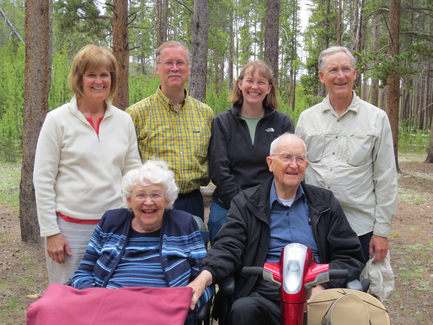 Betty was born 14 November 1925 in Salt Lake City to Laban Anthon Gunderson and Alice Mary Pettit Gunderson. She spent most of her young life in Mt. Pleasant, and graduated as valedictorian from North Sanpete High School in 1944.

She had an idyllic childhood with her younger sister Lois: camping and fishing, working in her grandparents’ candy store, rolling up the living room rug and dancing to records with her mom, and working her first job in the turkey factory. Betty learned to play the B♭ soprano saxophone in third grade, and continued through college where she also played the timpani in orchestra.

Betty earned a B.S. degree in zoology with a minor in botany and a secondary teaching degree from the University of Utah. She continued on to earn a master’s degree in entomology during an era when women in science were rare.

She married John Walter Woodbury on June 10, 1949 in the Salt Lake City Temple. As studious newlyweds, they would often heat soup for dinner on the bunsen burner in the medical school building while Walt worked on his PhD and Betty worked on her Masters thesis.

After graduating, the Woodburys lived in Seattle, WA for 22 years where Walt taught at the University of Washington Medical School. They had four children: David, Carolee, Dixon and Michele. Betty taught an after-school science class. She took students to Carkeek Park, where they would turn over rocks, look in tide pools to collect things for microscopic observations, and make insect collections.

Betty was active in the Medical Wives Group in Seattle. She and Walt enjoyed participating as chorus members in the Seattle Gilbert and Sullivan Society from 1954-1964, and Betty was also the assistant costume director.

In 1972, the family moved back to Salt Lake City where Walt taught at the University of Utah Medical School until his retirement in 1995. In sunny Utah, Betty greatly expanded her gardening – something she continued for the rest of her life. In 1973, they planted 30 fruit trees and 100 tomato plants in their yard, making it a botanical sanctuary in the middle of Salt Lake City. Strangers walking past would frequently compliment the garden. For decades, the extra produce (lovingly nicknamed “a Betty box”) was distributed to friends, neighbors, and passersby. Betty canned thousands of jars of fruit and tomato juice. Their garden yield was often featured in their yearly Christmas letter.

Betty was always active in The Church of Jesus Christ of Latter-day Saints. As the compassionate service leader for over 26 years in the University Ward of the Salt Lake Central Stake, she organized countless funeral luncheons. She served in leadership positions in Relief Society, stake and ward Primary, and Sunday School in both Seattle and Salt Lake. Walt and Betty served together as membership clerks. They collected information and compiled a four volume history of the University Ward Relief Society that started from the time of its organization in 1924 and included pictures of most of the presidents.

Betty spent her later adult life doing genealogical research for her Swedish, Norwegian and English ancestors, and contributed an extensive history of her Norwegian great-grandfather. She was also a member of the Daughters of Utah Pioneers since 1981 where she served as an officer in both camp and company boards.

Betty will be remembered for her generosity, kindness and empathy. Anyone who entered the Woodbury home, from family member to mechanic, was offered an ice cream treat and a listening ear. She and Walt loved to host gatherings, and their home was often the hub for family and friends. Their dining room was the center of delicious feasts, and countless card and board games. They made their home a magical place. Their grandchildren and great-grandchildren loved to explore their yard, play with Betty’s vintage toys, sleep on the sun porch and wake up to grandma’s sourdough waffles with fresh garden raspberries and whipped cream.

Over the years, Betty and Walt generously housed 28 people beyond their own children in their home. Some lived there for several years. They never charged rent and encouraged their grateful tenants to pay it forward.

After 50 years in her Salt Lake home, Betty moved to Sagewood Retirement Community for the last 9 months of her life. She loved her new friends and the staff at Sagewood. Her family is grateful for the love and service provided to her.

On Monday, January 9, 2023, Betty was reunited with Walter, who passed away five years ago, and with her parents. Her mother died nearly 73 years ago.

Betty is survived by her sister, Lois Porter, and her children David (Kathleen) Woodbury, Carolee Lovell, Dixon (Susan) Woodbury, Michele (Paul) Nielsen, 12 of her 13 grandchildren and 34 of her 36 great-grandchildren. She is preceded in death by her parents, her husband Walter, her son-in-law Gary, her grandson Nathan, and her two great-grandchildren, Winnifred and Isaac.

Funeral services for Betty will be held at Noon on Saturday, January 14, 2023 at the University Ward, 951 East 100 South in Salt Lake City. A viewing will be held at the ward prior to services beginning at 10AM. Interment to follow at Wasatch Lawn Memorial Park in Millcreek, Utah.

Funeral services will be streamed via Zoom for those unable to attend in person, or wishing to attend virtually. To view the previously held funeral services, click the "Watch Services" link above.

Big hugs to all the family. Walt and Betty were spiritual parents to me, a constant, eternal source of inspiration. All my love, Dave Busath

Betty lived a remarkable life. I feel a huge loss with her passing, I will deeply miss our cousin conversations. our discussions and exchange of information on Atkin family history. I learned a lot about the great accomplishments of th Gunderson family.
Betty loved all her family deeply and shared her home with many grandchildren. We enjoyed talking about gardening and she was a master gardener.
I know Betty was helped through the veil by Walter and that she is ion a better place.
I love her so very much and extend love to all the Woodbury family.

I'm so sorry to hear about Betty's passing. She lived a wonderful life. May the Lord bless the whole family with peace and comfort during this difficult time.
I can't be there in person for the funeral, but will be there in spirit and will be watching online.

May God bless you and your family sorry for your loss😞😎