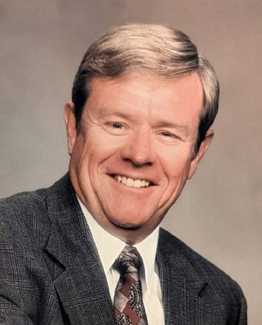 Bruce William Gallacher of Salt Lake City, passed away on Tuesday, January 10, 2023 at the age of 77. Bruce died peacefully at home with his family by his side after several months of declining health.

Bruce was born in Salt Lake City on June 27, 1945 to loving parents, Cyril Irving Gallacher and Ruth Bertha Hardy. He was the youngest of three sons and had two older brothers, Bob and Jerry. He and his brothers loved to tease each other. Bruce was baptized a member of the Church of Jesus Christ of Latter Day Saints. He graduated in 1963 from Highland High School. Following graduation, he joined the Army Reserves.

Bruce was married in 1969 to Shelley Stratford. They had 3 beautiful children, Kimberley, Brian, and Kurtis. His children were what he truly cherished in this life. Bruce loved and lived for his family. He always made it a priority to be there for his children, and later in life for his grandchildren. After his divorce he always made it a point to live near his children so he could maintain being a part of their lives.

Bruce worked and retired from Utah Power where he worked as a journeyman, a meter man and then a foreman. After he retired, he served a service mission for the LDS Church where he worked for the Dry Pack Cannery in Salt Lake. He loved this calling and was very devoted. Bruce ended this service early to serve what he felt was a higher calling, his family. He then spent his days caring for his grandchildren. Bruce was always very patient, caring, and selfless. He would always put others needs before his, and had endless patience for friends and family.

Bruce loved being outdoors. He loved camping, driving, and four-wheeling. He loved doing this most with his family. Many of his favorite memories came from spending time as a family at his brother's cabin in Midway. Bruce also loved driving his cars. He would spend hours driving in his 1975 Corvette Stingray. His love of cars spanned his whole life. When he was younger, he would often recount his stories of getting multiple speeding tickets. He always would tell his mom, that it was the car and not him. She never believed him, until she got a speeding ticket while driving that car.

Bruce was diagnosed with Idiopathic Pulmonary Fibrosis in 2017. He required oxygen constantly, but did not let this stop him from being part of his family's adventures. He continued to spend his time supporting his family and making sure he was always there for them.

Bruce is preceded in death by his parents, Cyril Irving and Ruth Bertha Gallacher. He is survived by his brothers, Bob (Gayla), and Jerry Gallacher. His children, Kimberly Whittle (Wade), Brian Gallacher (Brittany), Kurtis Gallacher (Jenn), and his grandchildren, Austin and Sierra Whittle, Elijah, Etienne, and Jens Gallacher, and Bruce, Halle, Banner, and Logan Gallacher.

A celebration of life in his honor will be held on January 21, 2023 at Chase Lane Ward house at 1125 North 400 West Centerville Utah. There will be a viewing from 10:00-12:00 pm. The funeral will follow immediately until 1:00pm. Bruce will be interred at the Salt Lake City Cemetery next to his parents on 200 N Street, Salt Lake City Utah.

Bruce's family would like to give special thanks to the family and neighbors who helped us in caring for "Grandpa Bruce" these past few months. Special thanks to the Nurse Regan, and the aide Simon at Inspiration Home Health and Hospice, for the wonderful care and love they gave to Bruce.

I had a good fortune to have Bruce as a co worker and then foreman at UP&L. He was a good good man.

Dear Kim, Brian, and Kurtis,
Thinking of your dad and you guys brings me such joy. The best times of my childhood were spent with you all camping and carrying on in Midway. Bruce and your family were such an example of good values. I am saddened for your loss. Your dad was a really wonderful person and great influence on me. Take care of each other. I hope the love for your dad brings you comfort now. We are all very lucky for the time we had.
Love Always,
Julie.

My heart is heavy with the loss of such an amazing man. I am grateful for the sweet memories I will always treasure with Uncle Bruce. I cannot think of the cabin without thinking of Bruce and the good times we had. We still refer to the squeaky bed as "Uncle Bruce's bed". He was always there for our family through the good and the bad and I am grateful for his example of love and service to each of us. We love you all!

What an incredible man! I loved reading more about his life. He certainly was one that left an impression on my heart, getting to know him at the end was a gift. I love you all.

My heart is sad to lose this amazing uncle of mine!!! He had such a quiet, but genuine way to him that truly was always an example to me. I’m SO glad I got to visit with him last summer— such a sweet memory to hold on to! Keeping you all in my prayers! Love, DeeDee