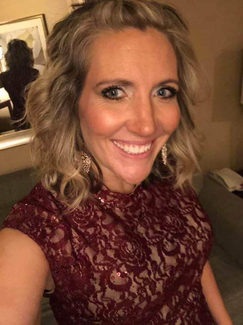 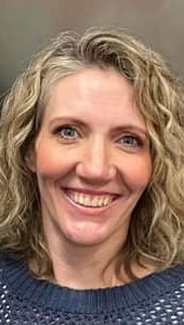 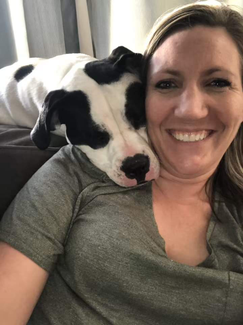 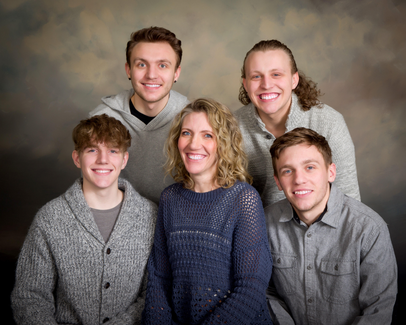 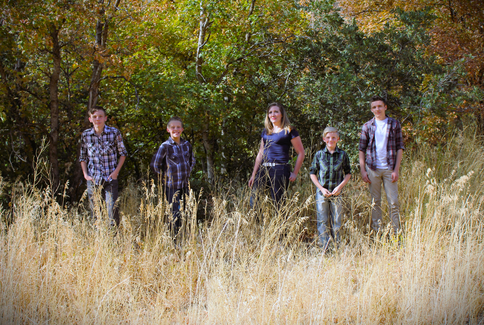 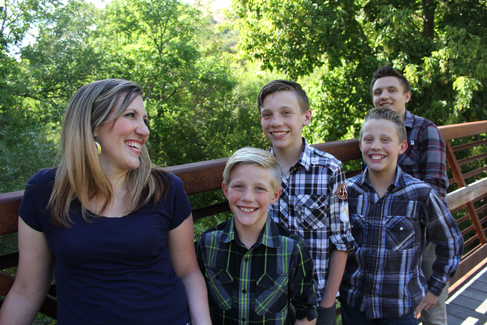 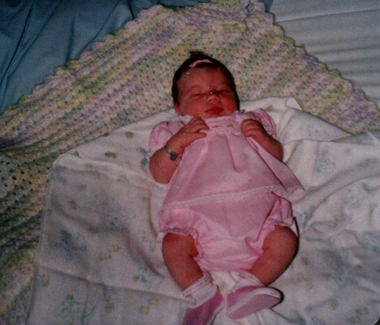 Viewing Prior to Services

Her social media profile indicates her tombstone should read, "I didn't even like you," but we know that was never the truth.
Carrie Michele Egbert Byrd loved big. Her unexpected passing on Saturday, January 7, 2023, left a wake of heartache that we can only assume makes her angry that she couldn't be the one to say, "I was joking!" We wish she could say it, too, just one more time.

Born in Salt Lake City on August 24, 1978, to Scott and Carol Egbert, Carrie was the second of five children and the only daughter among four other sons. She never took a diminutive backseat, however.

Early on, Carrie was known never to lose an argument. Even her mother gave up on trying to dress her for elementary school; if Carrie wanted to wear something, there was no stopping her! A fierce protector and practical joker, she was a guardian to her siblings, with exceptions for times she painted their nails and put them in dresses (which most will deny ever happened).

Lest anyone believe she lost these skills in her childhood; we can confirm these talents only strengthened throughout her adulthood. Whether unleashing crickets in her brother's home, haunting her house in a wedding dress in the middle of the night and causing a son to faint, convincing another son they were vampires, chasing them with spiders, or embracing an official Byrd family greeting that was a few fingers less than a high-five, Carrie was all-in on bringing lightheartedness and humor to the world. (Don't even get us started about the tampon tree...)

Carrie married Ben Byrd in 1997 (later divorced), and they were blessed with four amazing sons:
Benjamin, Jacob, Matthew, and Adam. Despite the challenges she often faced, including a body that seemed to simply want to fight with her (even though we all would've thought her stubbornness would've won out), she remained an optimist and spoke to anyone who listened about how much she loved her boys and how good they are. Nothing mattered more than those special four and, even though she was an expert at destroying their electronics as punishment and following through on threats, they knew she could never last to keep her best friends punished for long.

Loyalty was one of Carrie's hallmarks. Defending her friends' honor online or fighting for every opportunity for her kids are only two examples of the fierce loyalty she showed. Always a friend to the underdogs, Carrie would stand by your side or go down together swinging. And no matter her pain or illness, Carrie stayed positive and pushed through. A model of perseverance, the magnitude of Carrie's hardships was matched by her kindness and selflessness.

Her friends knew Carrie as a devoted mother, listening ear, and entertaining travel companion. She had an inseparable group of friends with whom she created memories, adventured, persevered through the lows, and celebrated the highs of life. Her family extends our gratitude to this joined-at-the-hip circle and hopes they'll continue to honor Carrie by championing each other and messing with people on Facebook.
Carrie was exceptionally talented at taking awful photos and sharing them publicly. Perhaps we could take the opportunity to have the last laugh, but we know she will also be leading the expert-level haunting course from heaven.

As a medical assistant, Carrie most recently worked at Associates in Colon and Rectal Surgery. She felt a closeness to her patients and admired her boss, Dr. Michelle Murday, who gave her a place to contribute, feel valued, and provided safety and flexibility through Carrie's many illnesses. We thank Dr. Murday, her team, and the many other healthcare providers who supported Carrie.

As much as Carrie was a connoisseur of ice, gummy bears, reality TV, stolen pepperoni off pizzas, and Mexican food, she was strongly against bad drivers, hypocrisy, and tapping noises. She found her peace with her boys on the beach in San Diego. While the senior trips were not necessarily peaceful, she was adamant that each child would be recognized - and we'll think up a doozy for Adam. More than the trips, though, were the tender times she had at home with her boys for family movie night, snuggles, painting, long talks and walks, and those beverage runs to the Holiday Oil. (They'll even admit her lengthy family photo sessions and forced attempts at extroversion were probably good for them!) It really was - and still is - all about the boys.

She is survived by her parents (Scott and Carol Egbert); sons (Benjamin, Jacob, Matthew, and Adam); brothers Dan (Jessica), Jeff (Mari), Greg (JayCee), and Eric (Emilie); and more than enough nieces, nephews, aunts, uncles, cousins, and friends to fill more than one La Frontera. Her faithful doggy, Tempest, misses her, too. Carrie was a member of the Church of Jesus Christ of Latter-day Saints, and she received generous support from members of the Traverse Mountain 12th Ward, for which her family is thankful.

We love you, Carrie. God be with you till we meet again.

Those wishing to view the COMPLETED services via Zoom can click the "Watch Services" button or follow the link: https://us02web.zoom.us/rec/share/9fsP6U2HHuYZTXzDve0BJdPjU3LnNVrM3P6KpFxAASNQvUAEbW73aq-juD6CFAU-.-ArkGCQZw12Y2HtH?startTime=1673890565000

I will miss seeing you a the Doctors office and for all the help you would give when I would show up, or for the questions I would have when I called in. I wish I would have had a chance to get to know you better but things are always busy in Doctors setting. I am sure you are on a new mission now may God Bless your Family

Benjamin ,Jacob , Matthew and Adam … i honestly don’t know where to start ! My heart is broken for you young men , I can’t imagine your pain and I wish I had all the power to take this hurt and void away ! Your mom was an amazing beautiful human being ! I can’t believe it was 2013 when we met ! She would message me and tell me about you boys and everyone knew how much she loves you ! She is now a beautiful Angel who will still be there and watch over you and protect you ! Watch for those signs💗 you’ll know !! And if there’s anything at all we can do for you guys please don’t hesitate to let us know !! Ben I hope that u come around often and bring your brothers , my doors always open !
We’re here for you ! I get the feeling of loosing a parent , I’m still not over my loss but I deal n cope . People say to stay strong ! Nooo you break down ! You cry , you kick and scream if you want ! Let it all out as long as your all supporting one another , it’s okay to feel and grieve how you see fit ! And me and my family will be here anytime you need that shoulder to cry on ! Any day or time !
We send all our support , love and prayers for you , God be with you all !
Jean ,Jose , Bianca, Emilio, Marcel , ALiyaah and Jesus !

I'm going to miss her her silly attempts to teach her how to take better selfies to increase her chances of dating. We could make each other laugh effortlessly. I was always that one guy friend that loved to see her smile and be her silly self. I'm gonna miss her my thoughts are with her boys. I loved how she expressed her undying love for all of them. Those that knew her are forever blessed and thankful she will always be one of the few women I could call on for small talk and entertainment. I miss you Carrie...

Carrie, you will be missed. We lost touch the last few years but you were one of my friends for more than a decade. I remember you telling me the story of the crickets...that was hilarious. I remember visiting you at the hospital and you cracking jokes while there. I am sorry that we lost touch but I know you will be remembered as a fun, loving, and kind person.