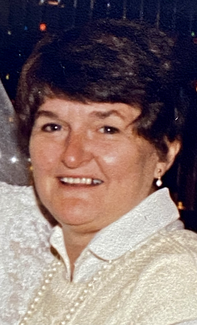 Elaine D. Larsen passed away on Jan. 16, 2023, in Salt Lake City, UT, at the age of 87 after a long and well-lived life. Born two days before Christmas in Duchesne, UT, Elaine was the youngest of the five children of Verna M. Larsen and Rulon J. Larsen.

Elaine began her long career by clerking at the Utah Supreme Court for Justice Crocket from June 1963 to June 1964. Moving to California, she became an associate at a Los Angeles law firm, Latham and Watkins, from 1964 to 1971. Returning to Utah, Elaine was in a solo practice from 1971 to 1979, before clerking for Justice D. Frank Wilkins from 1979 to 1982. In 1982, she became Central Staff Attorney at the Utah Supreme Court. She worked in private practice again beginning in 2001, retiring in 2005.

During her 20 years with the court, Elaine worked on many committees, including the Supreme Court’s Advisory Committee on the Rules of Appellate Procedure and the Utah Judicial Council’s Committee on Information, Automation, and Records.

Being a lawyer in an almost exclusively male profession, Elaine met resistance from the beginning with many firms refusing to hire women. She considered mentoring other women lawyers to be one of her greatest accomplishments. Elaine encouraged her nieces and nephews to pursue higher education and was their greatest cheerleader when they achieved personal goals.

Inquisitive, smart and adventurous, Elaine enjoyed traveling around the world with her longtime housemate Bonnie Lantz. She enjoyed art, quilting, music, theater (especially the Utah Shakespeare Festival and Pioneer Theater Company), literature and puzzles; matching wits with others often brought out her warm laugh and smile. Elaine entertained often and her annual family Easter Party was a much-loved event.

Elaine’s family would like to thank her nephew Clark for his loving care of Elaine, and Melissa for her support, kindness and friendship to Elaine and her family during her final years.