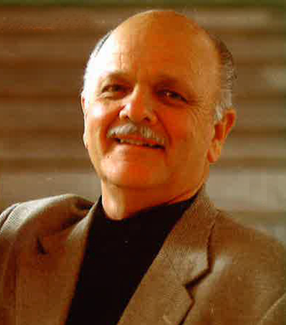 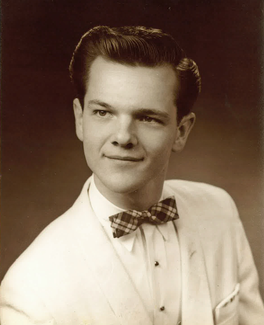 After Barry graduated from South High School, he attended the University of Utah before joining the United States Naval Air Reserve on his eighteenth birthday. He began active duty in 1959 at the Vandenberg Air Force Base where he was assigned to the United States Naval Missile Facility. He was an Aviation Machinist’s Mate, Flight Mechanic, Engine Repairman, and General Aviation Mechanic. He was a crew member on a C-47 (a.k.a. Gooney Bird). He enjoyed his time in the Navy because he loved to fly.

After retiring from the service, he graduated from what is now known as Salt Lake Community College as a Machinist and spent the next 55 years as a Journeyman Master Machinist.

Barry adored his family. He was a scout master and Sunday School President. He was always at Janice’s side, whether it was building a float or working on her campaign. Barry loved working on his cars. He never met a Mustang he didn’t love or couldn’t improve upon. He loved to water ski, fish, and hunt with his boys. Barry was a perfectionist. If it wasn’t perfect, it wasn’t finished.

Barry was preceded in death by his parents Elsworth Barr and Nell Fisher, and brother Richard Fisher (Diana). He is survived by sister Barbara French (Darrel), nine grandchildren, and 11 great grandchildren.

A viewing will be held at Larkin Mortuary, 260 E South Temple, on Wednesday, November 16 from 6:00 to 8:00 p.m. A viewing will be held at the Hunter 14th Ward, 3450 S 6400 W, West Valley City on Thursday, November 17 from 11:00 to 11:45 a.m. Funeral services will be held at noon at the same location. Interment will follow at the Midvale City Cemetery, 471 6th Ave, Midvale, Utah. Please click the "Watch Services" button above to attend virtually through Zoom. A Zoom account is required to access the service.

Janice and family,
So very sorry for your loss. Barry was such a wonderful man and will certainly be missed by so many that loved him dearly. Keeping you all in my thoughts and prayers.
Love,
Sue Humphreys

Dear Fisher Family,
My heart aches with you all. The only consolation is the sweet memories of a great man who treated me like his own. Such a blessing to have him a couple doors down. He served us all with a Christ like love, even when we being little stinkers. Sending lots of prayers and hugs your way. ❤️ Teena Silcox McBride