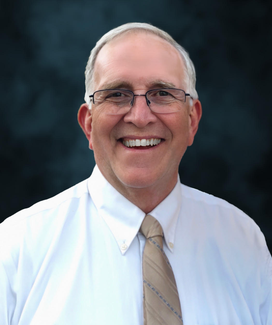 George Michael Davis passed away Sunday, January 22, 2023, at his home with his family in Farmington, Utah. He was 74 years old. Michael sustained a traumatic brain injury four years ago. His miraculous story of recovery has touched the hearts of thousands of people as he faced challenge after challenge and made steady progress that confounded his many caretakers. Mike had to relearn how to sit, stand, walk, eat, and talk on his own. His family affectionately called him “Miracle Mike” as he met each challenge with a smile, great determination and infectious wit. We are so grateful to the many nurses, doctors, therapists and caretakers who patiently coaxed him over the past few years to make the most of his difficult situation. Our deepest gratitude goes to the many friends and family who have offered their service and support along his journey.

Writing a tribute to Mike is not difficult at all. He was bigger than life. His extensive knowledge and giving heart seemed to be limitless. His fitting epitaph says:

“FOR MIKE, THE DIFFICULT WAS EASY. THE IMPOSSIBLE JUST TOOK A LITTLE LONGER.”

Mike was a life-long learner with insatiable curiosity. He was constantly learning, creating and building. At an early age Mike would take his toys apart and put them back together to see how they worked. He and his dad built a house from the ground up. Never having built a house was not a deterrent. He could repair and problem solve anything because he had a photographic memory and endless patience. He never had a repair man come to his house. If it was broken, he could fix it.

Mike was first and foremost a scientist. He had numerous microscopes, some of which worked with his computer. He read physics and chemistry books for entertainment like most people read novels. He listened to documentaries and podcasts nonstop to learn as much as he could. Astronomy was a life-long interest. He had a telescope with a 10-inch lens that could track the planets and stars with the movement of the earth. He sought out opportunities to use it and share it with others. He hoped to one day cut a retractable roof in his attic so he could mount his telescope for ideal use year-round.

Mike had endless hobbies including art, model trains, camping, emergency preparedness, massage and music. There was nothing that didn’t catch his eye. He systematically taught himself to draw with the left side of his brain and was a creator of various forms of art, including airbrushing, stained glass, glass blowing and sewing. He could sew anything from clothing to camping gear.

He became a licensed massage therapist. He could name every muscle and bone in the body and loved anatomy. His skills as a massage therapist brought comfort and peace to family and friends and was his way of serving and caring for others. It was a great avocation for him. Mike also found joy in cooking and was delighted to share his creations. He came to love the culinary arts from the years he spent alongside his mother, who was a master baker and wonderful cook. His family treasures the time they spent beside him making homemade noodles or his signature Thanksgiving stuffing.

His life’s work was technology and engineering. He worked with computers at the University of Utah for 47 years, starting as a student and continuing until he retired. The definition of his job changed multiple times as the computer industry dramatically evolved. He repaired and set up audio visual equipment for the entire university and was the system administration for the audio visual department. One of his major accomplishments was designing and setting up the testing center that was used for online classes. He was accomplished in multiple computer skills and could repair or build just about any computer.

Mike was an expert teacher. He listened intently and taught with depth and understanding. He could teach with patience and knowledge to offer wisdom and help others. He had the ability to explain things to others in a way that they understood. His kids called him ‘Ask Dad.com’ because they could come to him with any question or concern and he would help them find a solution. He never implied that another’s need was an imposition on his time. He also had the ability to organize and direct projects and events, attending to every detail. Volunteering for the Olympics was one such opportunity where he worked in the command center, and also with the bobsled racers. Whatever Mike did was executed to the fullest.

Mike was a deeply religious person, serving years in multiple positions of instruction and leadership. From a young age he recognized the truth and beauty of the gospel, leading his family in participation and church service. His unique set of talents were utilized in various capacities, always offered with genuine love and selflessness.

One of his most cherished opportunities came in his recent service as a missionary for the Church of Jesus Christ of Latter-day Saints with his wife, Rosalie. They served at Deseret Land and Livestock in Wyoming, supporting the pioneer trek experience for families and youth. He thrived in this ideal role, offering service that drew upon his spiritual and temporal gifts. This experience was a blessing in his life and to countless others that he served. He also found great joy serving for a number of years with his wife as an Addiction Recover Missionary and Area Coordinator. In addition, he volunteered at the Bountiful Temple for nine years as a temple worker in the early morning hours before work.

All these things describe an amazing man, but Mike would tell you his crowning achievement in life was being a husband and father. His gentle manner built a solid rapport with each of them. So many personal connections were developed through long commute rides, working alongside each other in projects, and through creative activities filled with laughter. His grandkids loved cuddling with him, seeing his great smile and being on the receiving end of his witty sense of humor. He was happiest bringing joy to them, thoughtfully creating meaningful and timeless gifts for his family throughout the years. He had a deep love and appreciation for his beautiful wife. His greatest joy will forever be his children and family.

Michael exemplified a genuine Christ-like service and love towards others in every walk of his life. All of his knowledge and talents were used to further that purpose in life. Mike was happiest as a giver, offering his knowledge and talents to bless others. He was often found assisting neighbors and family with projects that were as varied as one could imagine. He was a humble and quiet servant with a deep testimony and love of God and his Savior, Jesus Christ. The veil was very thin for Michael, and he had many tender thoughts and experiences that he used to guide his life and bless others.

A viewing will be held at Larkin Mortuary (260 East South Temple Street, SLC, UT) on Thursday, January 26th, from 6:00-8:00 p.m. On Friday, January 27th, a viewing will be held at the Compton Bench Chapel (850 North 300 West, Farmington, UT) from 9:30 a.m.-10:45 a.m., and it will be followed by a funeral service at 11:00 a.m. Interment will be at Wasatch Lawn Memorial Park (3401 South Highland Drive, SLC). Services will be live-streamed via Zoom. To join the livestream, please click the "Watch Services" button on this page. You must have a free Zoom account and be logged in to join. The livestream will be recorded and posted for later viewing.

Aunt Rosalie and my Davis Cousins,
This is a fitting tribute to Uncle Mike. We are with you as you honor and remember him. We have a lot of fond memories over the years of Mike and really looked up to him. We’ll miss him and will keep praying for peace and comfort for you all.
We love you!
Taylor and Teigan and kiddos.

I was so sad when I heard about Mike. He was a great friend and had a marvelous instinct about people. he was a very easy to talk to and a good listener. He is a true son of God. My love goes out to you Rosalie and your kids.

We are sorry to learn of Mike’s passing. We have fond memories of our time in the 26th Ward together.
We send our love snd regrets.

Dearest Rosalie and family, our heart goes out to you all. Knowing Mike was such a privilege and we always treasure our time as your neighbors in Farmington.
We were so relieved when he came back from his horrible accident. May the Lord comfort you and the love of all your friends sustain you through this difficult time. All our love, Sam and Bibi

We send our love to the Davis family. We were so blessed to have you all as neighbors on Pioneer Circle. We are forever grateful for your friendship throughout the years. You may have moved but never forgotten for sharing all your talents and your example. Blessings to all your family. Wishing you peace and comfort in the days ahead.

A good father , a righteous person will be sorely missed by many here on earth and great is the Joy in Heaven for the return of Michael!
Until we meet again peace, happiness and eternal joy to you!