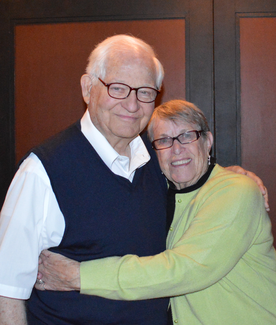 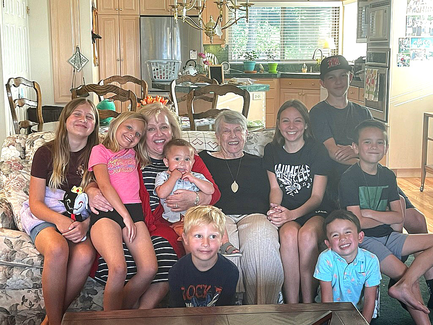 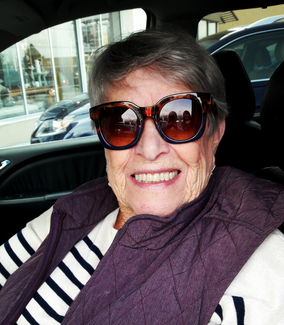 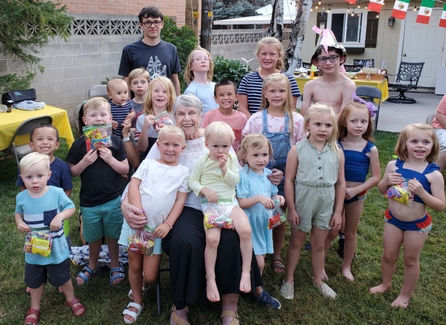 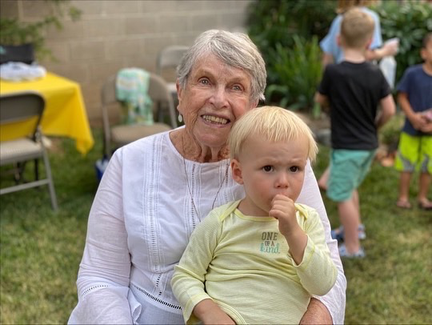 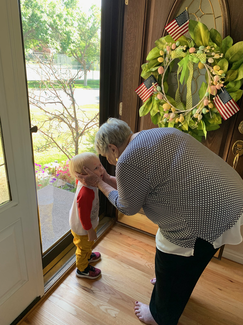 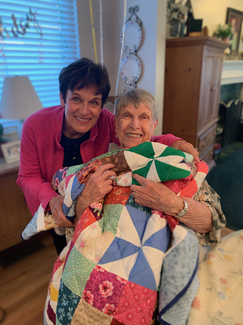 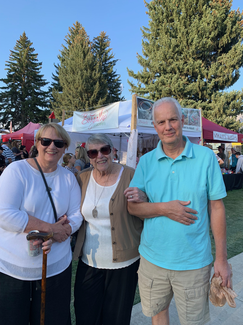 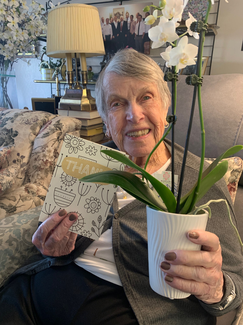 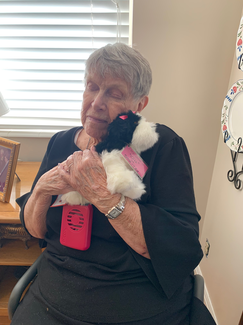 Our sweet mother, Jeanne Hammond Thorup, passed away peacefully early in the morning of January 19, 2023, with her family and angels by her side to be reunited with her eternal sweetheart. Mom was born January 13, 1926 to Datus Eugene “Gene” Hammond and Bertha Hansen Hammond, the fourth of five daughters. Mom was born on her father’s birthday and was therefore privileged to be named after him.

Mom and her sisters attended South High School where they were commonly known there as the “Hammond Girls.” It was there that mom met and began dating a very handsome Leo Boyce Thorup. The summer after graduation Leo joined the Army Air Corps and was sent off to Germany as part of the Occupational Forces. Also, during this time Mom traveled to Hill Air Force Base and packed bullets into wooden crates for the war efforts. Upon returning home he again swept her off her feet and they were married for time and all eternity in the Salt Lake Temple on October 5, 1948, by Elder Harold B Lee, a dear family friend.

Mom and Dad began their life on a true adventure with dad being a milk man, working in an auto parts store, and other various jobs as they started their family. He was always building things and began wiring homes which eventually culminated in his life-long career of designing and building homes, especially in the Mt Olympus Cove. Dad built several homes there and as a family we were always moving into new, beautiful homes which mom loved furnishing and decorating. Mom always said that whenever one of our homes became dirty, Dad would just move us into a new one.

Mom had several church callings but her true love was with the Primary children. She was also a great support of Dad in all of his calling, especially in scouting. Prior to one of his scout camps she lovingly replaced all the plastic buttons on his scout uniform with rhinestone buttons and then proceeded to sew shut all the openings in his pants. She always made everything fun!

Mom was known by all who knew her as the “Cookie Queen.” Mom baked and perfected the art of making an assortment of cookies, but she is best known for her delicious chocolate chip cookies. We had fresh cookies when we came home from school which were typically not for us, but they were to be delivered to someone who needed them. Her cookies brightened the lives of so many people through the years. Even after we were all married and left the home, she continued baking almost daily and she made sure that each of us were able to bring these cookies to our places of work.

Mom was most proud of her family and loved getting us all together, especially as grandchildren and great-grandchild came into the family. It was during this time that Mom and Dad received the names of DeeDee and Grum by the grandchildren. Their home was a place filled with laughter and merriment and the grandchildren and great-grandchildren loved to bring their friends to spend time with them. Mom was an excellent cook and her Sunday dinners with as many as possible in attendance are still legendary. As she got older and unable to cook for that large of a group, the family made sure those dinners still happened allowing her to sit and watch her family with love.

When Dad passed away in 2013, Mom took the mantel of the family upon herself and she found the strength, bolstered by her children, to continue on. She was incredible and during this time she went on a cruise, traveled to Mexico, and carried on our mother/daughter trips to Jackson and Signal Mountain, Wyoming. She was blessed with a sound mind, and it wasn’t until the last couple of months that her health began fading. However, she still loved to hear a joke, watch her beloved football games, make her hotpads, and bask in the love of her family as we all doted on her.

Mom is survived by her five children, David (Carole), Debbie (Steven) Greenwall, Becky (Win) Jones, Jonelle (Randy) Champion, Datus (Cheryl), her sister Arlene Stephenson, 18 amazing grandchildren and 46 precious great grandchildren. She is preceded in death by her sweetheart Leo, her parents, and three sisters, Norma Dean, Virginia Lundevall, and Lois Durrant. As a family we would like to thank Dr Jared Probst and the angels at Harmony Hospice who provided such loving care to our Mom during this time.

For those wishing to watch the recorded services, click on the blue "Watch Services" tab above.

In lieu of flowers, bake a batch of cookies for someone.

Dear Becky, I'm so sorry to receive this so late. You certainly have had many tests and sadnesses come into your life within the last few months! You are such a dear Temple friend. I hope you have found comfort during this last time. I can remember thinking to call my Mom with a questions - only to remember that I couldn't reach her for a while after her passing.

I loved being Jeanne's neighbor and friend. She was always so positive, and always made me feel good whenever I spent time with her. I’m looking forward to seeing her in the not too distant future where we will laugh over the good times and her last six pack of Dr Pepper. ❤️

Becky your mother sounds like a wonderful person! I’m happy for you to have such a mother! I’m sure you will be missing her but cherishing her! My thoughts and prayers are with you! Lots of love, Dori Hall your temple friend!💖💖💖

What a beautiful lady your mother was! She always had a smile on her face and made everyone feel important and like you were her friend! May your family be blessed with peace and comfort at this time!!!