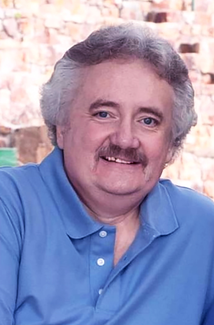 Kelly grew up in White City and was a passionate Hillcrest Huskie. He met the girl of his dreams Annette Heringer and they were sealed for time and all eternity on November 7, 1980 in the Salt Lake Temple. They were parents to two amazing children.

He loved music and was always up for a good concert. Kelly always had a way of connecting with people and carrying on conversations. He was extremely passionate about things he set his heart to and making the world better for others. His family was the center of his universe and he always loved giving the biggest squeezes. He loved being a Papa and it brought him true joy. He lit up when he added magic at Christmas with the jingle of a bell.

He is survived by his loving wife Annette; children Joni (Jeff) Record, Christopher (Brianna) Strebel; the little loves of his life, his grandchildren Brookylnn, Tyson, Cooper, Logan, Sophie, Evie and Charley; his brother Gerald (Suzanne), sister Kaylynn Moran and mother Joyce Savage. As well as many nieces and nephews.

He is preceded in death by his father Russell, brother Ron and his grandparents.

I have known Kelly for 14 years. In those 14 years, we stayed very close and shared hours of conversations resulting in many giggles and heart felt laughs. Kelly and I had fun working together on different projects. Kelly was an honorable man and compassionate in his beliefs. He was always ready to lend a hand when needed and go the extra mile.

I love Kelly and his family, and I will forever miss Kelly, but he will never be forgotten.

Spread your wings Kelly and Soar!

I went to school with Kelly and will miss him dearly..

God speed to his family during this difficult time in your lives.

Kelly was a good friend, and his contributions to protecting our 2A rights, through his MANY hours of volunteering his time to the Utah Shooting Sports Council at gun shows and even with the designing of our newest logo. He will be missed.

I remember Kelly from school he was a great guy I am so sorry and saddened that he has passed again my condolences!

I am so sad to hear this! I just was visiting with Kelly at a Sandy city council meeting a few months ago. He is very passionate about what he believes in. We were really good friends at Hillcrest and were leaders together in HamHaw. I love Kelly and will always cherish memories with him❤️❤️❤️
Lori Sperry

I am shocked to see this about Kelly, he was such a advocate for keeping our 78 class of Hillcrest High School, and for our Elementary of Edgemont, and keeping the History Alive, he will be missed deeply by the Alumni.
Kelly and I were in the same schools our whole 12 years until graduation from Hillcrest.
I send my condolences to the Family.
R.I.P Kelly

I enjoyed getting to know Kelly at many political meetings. He was always so bold and so ready to speak his mind. Even though I didn't see him often, he always reached out to me and remembered me by name. He was so dedicated to what was right. I appreciated his energy and dedication and that he set a good example for all of us. . He will be so missed by of those of us who associated with him.