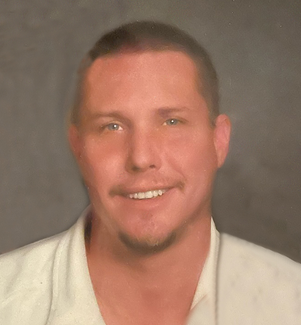 Kenneth ‘Kenny’ Paul Anderson passed away peacefully in the presence of his immediate family on Thursday, January 19th, 2023. The family would like to thank the IHC staff of Murray, Utah for his recent care at their facilities - along with several individuals who have assisted Ken in the most recent months of his life.

Ken was born December 9th, 1970 in Salt Lake City, Utah to Pam and Paul Anderson. Ken was beloved by his parents, siblings, children, grandchildren, and so many more. Ken was incredibly intelligent, passionate, and tenacious - there was nothing that he could not achieve if he set his mind to it. Ken was able to earn his Eagle Scout at the young age of 13, an accomplishment that speaks volumes to his character. He was also able to earn the Silver Moccasin during his times with NESA. Ken was a successful business owner for over 20 years; he was involved in several different business ventures in the testing of construction materials locally here in Utah. In his spare time Ken loved riding motorcycles, boating, camping, and everything outdoors. Some would call Ken an adrenaline junkie, and others might call him crazy - there was not a challenge or dare that he would not overcome with a smirk on his face. Ken will always be remembered as the life of the party, no matter the situation, through common or more extreme measures. Ken could make even the most dull moments in life full of laughs and joy. A lot of us will remember Ken as the person who took us in, and helped us to become better versions of ourselves, others may remember him as someone who would do whatever he could do to help his friends and family in need.

Ken married his high school sweetheart, Karylee (divorced) and later married Michelle Harrison (divorced), they had 3 beautiful boys together - Kenneth Dalton, Morgan Ashton, and Gunner Jackson Anderson. Ken later married Denise Kory Forbes, becoming a father figure to her two boys - Kamron Houser and Justin Strickland. Ken is survived by his immediate family: spouse Denise Anderson, sons Kenneth Dalton (Kennedy) Anderson, Gunner Jackson Anderson, and Justin Strickland, parents Paul and Pam Anderson, siblings Cherie (Brian) Walsh, Derek (Crystal) Anderson, and Heidi (Tyler) Nixon, with 3 beautiful granddaughters, a handsome grandson, and a handful of great nephews and nieces. Ken is preceded in death by his sons, Morgan Anderson, and Kamron Houser. Ken will be missed by his family, his friends, and his business colleagues - he will forever be in our hearts.

Pam and Paul,
I am so sorry for your loss. I didn’t know Ken, But it sounds like he was a wonderful man. I miss you so much. Every time I drive by your old house on Pearwood Circle it’s you who lives there in my heart. Just know that you’re not forgotten, and that you are loved.
-Your friend, Jeanne Kluse

A larger than life persona, who touched so many lives. A big man with a big heart. He embodied toughness followed by his medical battle of resilience; you hung in there long enough for loved ones to visit. One day at the Hangar he stood in the center with full leather on and I called him King Gnar ( Big Viking King) as he admired his new office. When I hear the song by Jimmy Dean, ' Big John '.... I now replace it with ' Big Ken ' here on out. Kenny, you have made an impact on my life that will last with me in this lifetime and the next. As the friend term 'Brotha' goes you have earned that. I shall always replay your voice in my head. Ride like the wind in the next life, make your mark up there. Thank you for your friendship, thank you for your loyalty and thank you for being you. Missing you, with love your friend Peter.

So sorry for your loss. Kenny was always such a sweet soul. God bless you at this difficult time.
Love, Aunt Cheryl

So very sorry for your loss

Son, Dad and I will never get over losing you. You will forever be in our hearts. I still hear our conversation on the phone last week. I can hear your voice and remember every word. I will always hold it close in my heart. Dad and I will miss your weekly phone calls checking in on us, even though you were suffering so much. You'd always say, "I'm good, I'll be fine, don't worry about me"
You may be gone, but you will forever be in our hearts. You are a part of us forever. You left such a hole in our hearts. We love you so much. We are so proud of your accomplishments but so happy you are at peace now and no more suffering.
Love forever.
Dad and Mom

Ken your incredible sense of humor and sarcasm could bring either tears or laughs. You loved Harley motorcycles, tinkering on cars, the outdoors, skydiving, 80's hair bands ( even in 2023) and tormenting with your pranks. He really wanted those around him to enjoy the moment. He lived an adventure every single day and fought like hell to stick around. You will forever be my big brother and person I am so proud of. Ken, I love you and will miss you.
Until we meet again,
Sis

My heart-felt sympathy to Ken's family. May Heavenly Father bless and confirm you all in this time of sadness.

We are so sorry to hear about Ken passing. We were so sorry he was suffering so. He had the best , most loving parents anyone could have. He will be missed terribly. Rest In Peace.