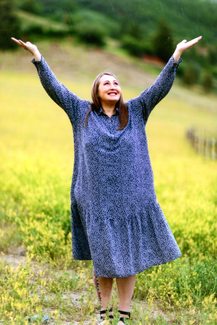 Kimberly Ann Conrad Naranjo, 49, passed away at home on January 7, 2023. Born in Culver City, California to Edward John Conrad and Elizabeth Ann Woods, she had a tumultuous early childhood, and at age seven went to Oregon with her brother Eddie, landing in her aunt and uncle’s home. Her aunt, Cathy Forbes, adopted Kim, officially becoming her mom.

Family was everything to Kim. Those not blood related to her, were loved and supported as one of her own. She loved to have parties and build memories. Even while in hospice care, she always hoped that there was a party in her back yard. Friends felt her light up the room as she entered. She especially loved the Mexican culture because of its value of family.

Completing addiction treatment, Kimberly spent her time going to school and receiving her associates degree from Portland Community College. This allowed her to work as a drug and alcohol counselor to guide and befriend others that dealt with addiction.

Kimberly was driven to improve herself, and that she did. Her “don’t quit” philosophy propelled her to become an advocate for those suffering from Mesothelioma, a terminal cancer caused by asbestos. She effectively testified before the Senate Judiciary Committee in Washington DC to represent those who had contracted the disease due to asbestos in products sold in the United States.

A member of the Aspen Hills Ward of the Church of Jesus Christ of Latter-day Saints, Kim understood the Plan of Salvation. She left this world with a testimony that she would be welcomed into the arms of the Savior and be reunited with the family she loved.

Our warmest thanks to the Huntsman at Home Hospice team who served the family with kindness and care for seven months.

Those wishing to view the COMPLETED services via Zoom can click the " Watch Services" button or follow the link: https://us02web.zoom.us/rec/share/ZXtRPaX-JR6Yd9-9aG5Vq20fiqRH_B3bytUm5WP6vJqi8z48yTKwYSKBjSvz1WaW.khB6-34ZPV76Ytis?startTime=1674665406000