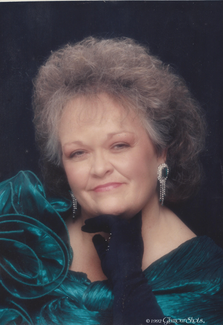 Patricia “Pat” Scott (75), passed away Sunday January 8th, 2023 due to complications of dementia.

Pat was born to Gene and Edna Somsen in Idaho falls, Idaho and was the eldest of 3 children.

The family remained in Idaho where she met and married William Scott. The couple started their family having 2 children Dale and Paula before relocating to Utah.

Pat was a stay at home mother until the children’s schedules allowed her to work. Eventually she found her calling working with special needs students at Bingham high school as an vocational student aid until her retirement in the late 2000’s.

She was preceded in death by her parents Gene and Edna as well as her 2 brothers Rodney and Mike; 2 brothers-in-law Dennis Shoup and Don Scott. She is survived by her husband Bill and children Dale and Paula as well as nieces and nephews jerry(Bonnie) and Linda; and sister-in-law Dorothy Shoup.

Funeral services for Patricia will begin at 12:30PM on Friday, January 13, 2023 in the chapel at the Larkin Mortuary in Riverton, 3688 West 12600 South, Riverton Utah. A viewing will be held prior beginning at 11AM. Interment to follow at Wasatch Lawn Memorial Park South Valley in Riverton, Utah.

Paula, Bill and Dale; I’m so, so sorry for your loss. Love, Natalie

I loved Pat , she was very good to me. My thoughts and prayers are with you and your families 😇💜💐