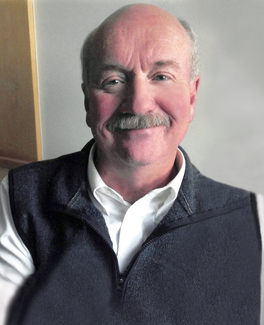 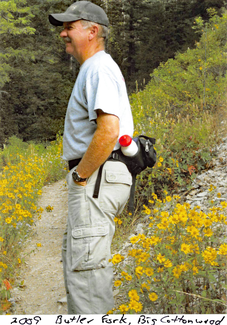 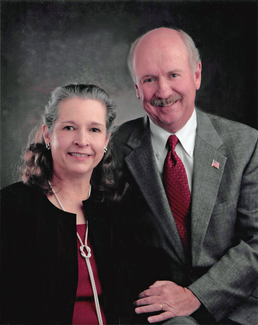 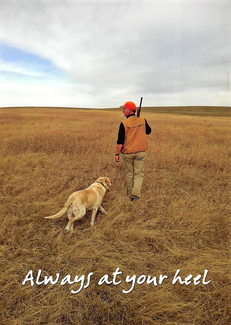 Richard Elliot Walker, beloved husband, father, son, and brother was called home to his Father in Heaven unexpectedly on Friday, January 13th, 2023. He was born September 11, 1948 to Elliot Smith Walker and Mary Louise Richardson Walker in Salt Lake City, Utah. He was the first of five children. He grew up in his family home across the street from the University of Utah, attending Elementary and Junior High at Stewart School on the U of U campus. He attended East High School in Salt Lake City, graduating in 1966. He served a mission for the Church of Jesus Christ of Latter-day Saints to the Western Australian Mission from 1968-1970.

His wife, KC, also attended East High, but Richard was a Senior when she was a lowly Sophomore. Even though he knew who she was, they never officially met until the day that he returned from his mission, and KC was dating one of his friends. This friend kept telling KC, "I can't wait for you to meet my friend, Richard Walker! You're going to love him!" He was so right!

Richard and KC were married for time and all eternity in the Salt Lake City Temple on November 24, 1971 by church patriarch Eldred G. Smith. They lived at the University of Utah as KC finished her degree, and then they moved to Logan, Utah so he could attend the School of Geography at Utah State University. He earned a bachelor's degree in Urban Planning. They were blessed with their first two children, Michael Richard, and Jeffrey William while living in Logan. They moved to Price, Utah where Richard worked as a Carbon County planner during the "coal boom of the 1970s." There they were blessed with two more children, Mary Ellen, and Scott Joseph.

They moved to their current home in Sandy, Utah in 1984 where they raised their children while Richard worked for the Utah Department of Community and Economic Development. He served as the Director of Housing, earning recognition as the Governor's Manager of the Year for 2001-2002. He also served on the Sandy City Historic Preservation Commission, and he earned the District Award of Merit from The Boy Scouts of America for his service as a Scout Master. He was a faithful member of the Church of Jesus Christ of Latter-day Saints serving in many callings over the years, including Bishop, Stake Clerk, Stake High Council, and Stake Young Men's President in the Sandy Utah Hillcrest Stake. He was a beloved home teacher to many families in the Hillcrest 5th Ward over the years. He was especially blessed to be able to fulfill a long-time dream of serving a mission with his dear wife in the Scotland-Ireland Mission from June 2013 to June 2014.

Richard was an avid outdoorsman with a passion for fishing and hunting big and small game. He was a purist at heart, preferring to fish only for trout in various ways. He made countless trips to Strawberry Reservoir with just his float tube and his fly rod, returning home sometimes with large rainbow trout, or at least stories of the fish he caught. He also had a special place in his heart for the Green River and tried to make an annual trek there every spring for flyfishing. He loved mule deer hunting especially, but also enjoyed hunting elk, ducks, pheasants, chukar and various other species. He and his sons would join his brother, Clark, and other friends and family on a yearly adventure to South Dakota to pursue pheasants.

These trips became a highlight of the year for the past 23 years with very few exceptions. He had a special way of talking about the outdoors that would inspire others around him to seek their own adventures, or to tag along with him absorbing his knowledge and experience along the way.

The family would like to thank the Spanish Fork Police Department and Utah County Sheriff's offices for their assistance. In lieu of flowers, please send donations to the Humanitarian Department of the Church of Jesus Christ of Latter-day Saints.

Today I sadly learned from Ray Moffit (Larkin director and close friend) of the death of Richard. For years I have been trying to locate Richard. He never attended or contacted the old Stewart School group, nor did he post his contact in the East High online registry or attend any of the reunions. I guess I did not try hard enough and now I'm sad.

Richard and I attended Stewart School together beginning in kinder garden thru 9th grade. I want to believe that he was in nursery school with me on the U of U campus in the old home economics building above Stewart School. We would walk to his home on University Street nearly every day. That's where I met his great father and mother. His father taught me electronics...how to build electronics kits and how to solder circuits. Sometimes I spent more time with him than with Richard.

We lost contact at East High. But after our missions picked it up again. He was an usher at our wedding and both you (KC) and Richard had dinner together with Jan and I in those early days. Then after your wedding we lost contact again. There were some things that I always wanted to apologize to Richard for and now they will have to wait.

Our Best to all of you,

Oh I’m so sorry for your loss. This hurts my heart 💔 Sending lots of love to you and your family at this time. ❤️ I hope/pray you will be able to be filled with the Saviors love and light at this time.💞

Beautiful service today. I wanted to thank Richard for being a great boss and friend. He truly was a kind person and has left an inspiring impression on me that will be with me throughout my life. I am sorry for your family loss. He will be missed by many.

Michael lo ofrezco mi más sentido pésame. I hope God gives you the strength to get through this. Remember to hold your mother tight. Tell her you love her. And be there for her. Visit her and show her she is not alone. Que Dios los bendiga y los proteja a todos para que encuentren paz y tranquilidad.

KC,
I am so sorry for your loss. Richard was always such a great guy and was always so nice to come say hi to my mom and I. I’m gonna miss his death grip of a handshake and warm smirk before making a comment. Your family and you will be in my prayers.

Casey and family,
I am so sorry for your loss! Richard will always hold a special place in my heart. He was our home teacher the entire 29 years I lived in Sandy. And he came every single month! I cannot tell you how many Priesthood blessings he has given me and my children over the years. Many, many blessings as well as coming over to fix things for me or give me advice during those difficult life challenges. He is a wonderful example of service, honoring the Priesthood and Christlike love. Heavenly Father must have needed a faithful home teacher in heaven! My thoughts and prayers are for you at this time. With love, Shirley

Dear KC and Family, I was so saddened to hear of Richard's passing. I hope the wonderful memories you made and the love of your family will help console you in this most trying and difficult time. Please know that my thoughts and prayers are with you,

Mrs. Walker I worked with Richard at the state office. He was a great person to talk to and very knowledgeable. My thoughts and prayers are with you and your family.

KC. I am so sorry for your loss. I worked with Richard at the state for many years; he was a valued colleague, even and smart and always willing to help. He was also a great humanitarian and a beloved supervisor.

I’m so sorry for your loss. It didn’t matter if Richard was out for a walk or driving by, he had a smile and a wave anytime I saw him. He was such a great and honorable man and he will be missed. Sending all of my love and prayers for the whole family. I pray you will feel the comforting spirit of those around you as they rally to buoy you up with their love and service. This is for you, Richard. 😊👋🏼🤍

Loss is never easy. Sure thought he was a great bishop. You are in my prayers.

Dear KC and family,
We are so sad to learn of Richard’s passing. He was exactly who we needed him to be when we needed him. A dear friend, Bishop, and all around great guy. Leonard has fond memories of a horse ride above Rose Canyon with both of you. Our sincere condolences, love, and prayers for we know he will be dearly missed.
Love, Leonard and Deanna Decker

Dear KC and family:
We are so sorry to hear about the passing of Richard. He was an extraordinary Man, Bishop, Scout Master and friend who will be greatly missed. We still recall his smile and laugh and the kindness he showed everyone.
Scott our son just gave us the news saying “my favorite Scout Master has died “. Scott truly loved and admired him, as did we. May the Lord bless all of you.

So sorry for your loss. I have many wonderful memories of Richard from my childhood!! He was a wonderful cousin. So many Richardson family get togethers at the grandfolks home and at the cabin! He will be missed.