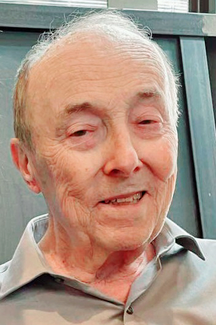 It is with deep sadness and much love that the family of Robert Bloomfield of Salt Lake City announce his peaceful passing on January 5, 2023 at the age of 82 years.

He was predeceased by his parents: (Randall and Dorothy Bloomfield).

Robert Bloomfield was born in Salt Lake City, Utah and was an alumnus of East High School and the University of Utah. He was a member of the LDS church and throughout his life he had many callings within the church.

Robert started his official retail career with Skaggs in 1963. He became a store manager with the company and was transferred to multiple stores because of his outstanding leadership. Eventually he left Skaggs to work for Grand Central which later became Fred Meyer working as their Regional Toy and Game Buyer. In 1989, he had an opportunity to work for Alsco as one of their Paper Product Salesman. He stayed with the company until he retired in 2005. In the later years of working for Alsco, he also moonlighted for ZCMI, working in the men’s clothing department. He really enjoyed all areas of retail in his career and helping people.

Robert was a charismatic man and could instantly make friends with strangers. He told great stories but also was there to listen and give sound advice to whoever warranted it. He was an avid reader of many genres ranging from mystery to non-fiction about current events or topics being discussed in the world. In his younger years, our father loved motorcycles and the outdoors; he would spend a lot of time on his bike and when his children were invited to join him on the ride, it was a special treat for us. He covered a lot of Utah terrain searching for lost petroglyphs and other Utah history that was special to him; he shared many of those stories with his friends and family. Robert received his first camera when he was an adolescent and instantly took a liking to photography which became a well - known passion of his to anyone that knew him. He even developed his own photographs whenever he could and in one of our homes, he had a dark room. Passing family stories and history on was very important to our father and he took family genealogy very seriously. I can be certain that our lineage has been traced successfully by my father and that we have records to pass on to our family of his thorough work. I know that each of his children and even his grandchildren have taken on some of his traits and joys mentioned above; even though he is no longer physically with us, his lineage still remains with all of us.

A Celebration of Life will be held at a later date.

Memorial Donations may be made in Robert Bloomfield’s name to: Southern Utah Wilderness Alliance: suwa.org

Dear Bloomfield Family,
I have known your father for many years, we attended Webster Elementary and East High School together.
I considered him to be one of my best friends.
We reconnected when he had moved to Bountiful. I always enjoyed "bumping into Bob" here and there and remembering the past experiences we had.
My love and deepest sympathy to you all. Your father was a great man and a great friend.