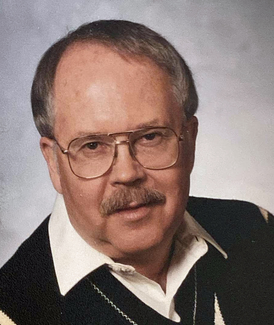 Steven C. Hatton passed away surrounded by family on Monday, January 16, 2023, at age 80. He was born in Salt Lake City, Utah to Gordon and Florence Hatton. He and his brothers, Barry and Wayne were raised in Salt Lake City where he graduated from South High School in 1960.
When he was 15, he met the love of his life, Frances Tsutsui at the Kingdom Hall of Jehovah’s Witnesses in Murray where they were later married in 1963. They built a home in Sandy, Utah where they raised 3 sons, Michael, Eric, and Jason. He and Frances shared a beautiful marriage full of love and light for 60 years. Their marriage was a wonderful example of partnership, perseverance, and dedication that melted the hearts of everyone around them.

Steven was a kind, loving, and witty man who never hesitated to help those in need. He and his wife were devout Jehovah’s Witnesses where he served admirably as an Elder at the Murray and Holladay Kingdom Halls since 1974. As an Elder he spoke at assemblies and conventions, serving in various capacities to guide his fellow members. Those who served alongside him knew that his faith was unwavering.

He worked at Elastomer Products for almost 40 years. When he wasn’t working or serving at the Kingdom Hall, he was tending his garden, fishing in the mountains, and spending time with his grandchildren. He loved his grandchildren very deeply, always finding new ways to entertain them and fill their days with laughter, they were his pride and joy. After raising 3 boys, he was thrilled to welcome his granddaughters into the world but was just as excited to find out he would also have a grandson. He would have tea parties in the living room, push them on the swing set in the backyard, and watch Tom and Jerry with them in his bar. Steven’s bar was a staple in the Hatton family. The sweet smell of whiskey will be remembered fondly by all his family and friends. When his grandchildren think of the time they spent with him in his bar, the taste of M&M’S and salted pretzels come to mind. Many laughs and drinks were shared at the counter, whiskey for him and grapefruit soda for his grandchildren.

Steven was a devoted husband, father, and grandfather and a dedicated Jehovah’s Witness. He is survived by his wife, Frances Hatton; his three sons, Michael (Crystal), Eric (Stephanie), and Jason (Jennifer); and his brother Barry (Annette). He is also survived by his 3 grandchildren, Hana, Nicole, and Nicholas.

A memorial service will be held at 4:30 PM on February 11, 2023, at the Sandy Kingdom Hall of Jehovah's Witnesses, located at 9936 South 300 East, Sandy, Utah. The service will also be accessible on Zoom. Please email Jason at jhatt66@gmail.com for Zoom link information.

Frances so very so for your families loss.

We are very sorry that such sad events as the death of dear brothers are now taking place. We have served for a short time in the same congregation, but we are encouraged by the faithful example of Brother and Sister Hutton. We hope to see you again in paradise and continue to serve Jehovah together

I will miss the answers he gave, he helped me to be able to understand a lot of things!